Greenville, N.C. — Podcasts have become an outlet for many who now spend more time at home due to the pandemic. It’s why 17-year-old Jackson Robol decided to start a podcast from his own bedroom in Greenville.

Jackson lives with autism. His father, Ken Robol, teaches computer science at Vance Granville Community College, which includes a class about podcasting. Due to COVID-19, he now teaches virtual classes from his home.

Ken Robol said his son, like many living with autism, has trouble putting sentences together unless he’s watching sports, explaining, "we would hear him up in his room and he would be doing a play-by-play with his TV." 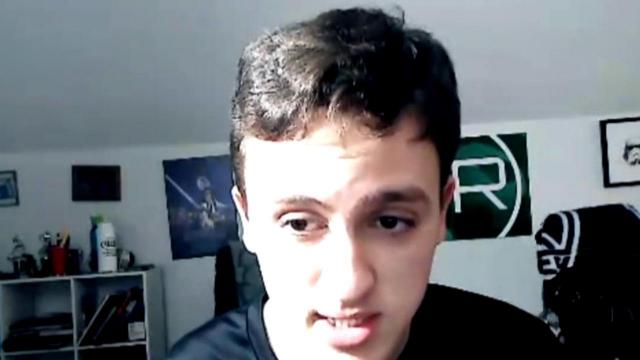 That’s when Robol suggested that Jackson start a sports podcast and try to get local sports figures to do five to ten minute interviews using Zoom. His dad helps edit the program and the two post the results on Jackson’s Facebook page.

"This would not have started, really, without COVID-19, because I was able to help him," said Robol, who always tells his students to discover their own niche, their own talent and find a way to make a living at it.

It may also be a key to his own son’s future.

"People with autism have a challenge where there’s not many job opportunities; there’s just not," said Robol. "Jackson has a very likable personality. He’s a very good kid and people tend to respond to that."

He believes his son’s personality is the reason Jackson is gaining new podcast followers.

"I had about 450 likes last week," said Jackson, whose dad said he gets about 500 views per Facebook video. .

One of Jackson’s podcasts stands out above the others, and it’s not about sports. Jackson interviewed autism advocate Daniel Svoboda, whoose cartoon-style "Imagifriends" characters have been televised on public television and a national home renovation program. 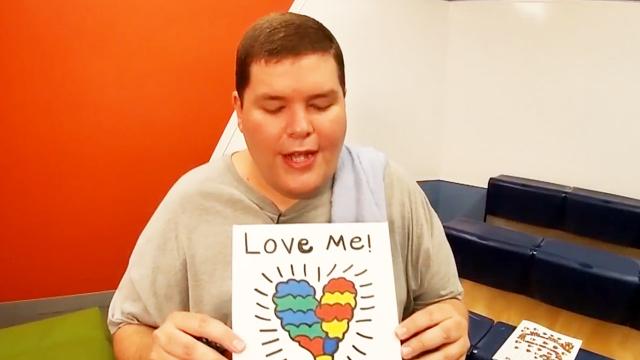 Svoboda is also a conference speaker with messages about autism.

When Jackson asked, "What’s the most powerful thing you’ve overcome?," Svoboda answered, "During the times when I’ve been bullied … and called bad names during my time growing up with autism."

Svoboda overcomes his own disability with determination, telling Jackson, "I’m fully dedicated and devoted to spreading autism acceptance, autism inclusion and to help the world to know and to understand that autism is to be known and understood and not to be judged or criticized in any harsh way."