Raleigh, N.C. — A teenager was injured early Monday in a crash south of downtown Raleigh.

The crash occurred before 3 a.m. near the intersection of Rush Street and S. Wilmington Street.

Officials said the driver of the car fled on foot after losing control and hitting a tree and power pole. 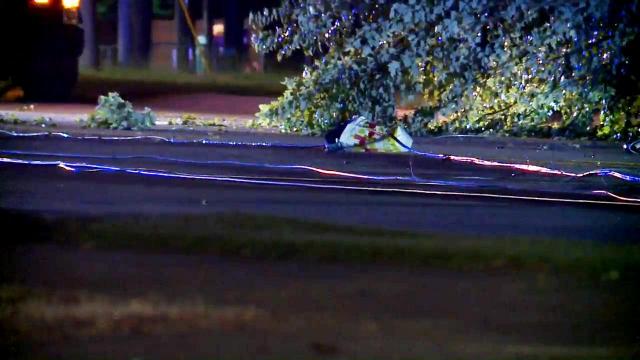 A 17-year-old passenger in the car was being treated on scene for minor injuries.

Crews were still at the scene at 5 a.m. to fix a number of downed wires, but no outages were reported in the area.

Officers are searching for the driver of the car.