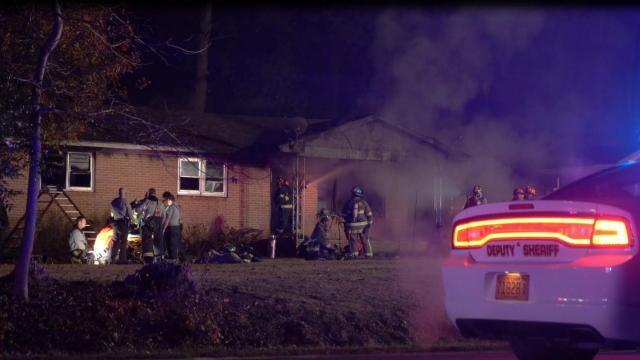 Two children were rescued from a front bedroom after a fire broke out at about 2 a.m. in Four Oaks.

Three people, including a 14-year-old and 16-year-old, were taken to the UNC Burn Center for treatment.

The 14-year-old died Sunday as a result of her injuries, authorities said. The teen's mother and brother remain hospitalized.

Officials said the cause of the fire remains under investigation, but no foul play is suspected.

Authorities said the fire started in the living room of the home, which did not have working smoke detectors.