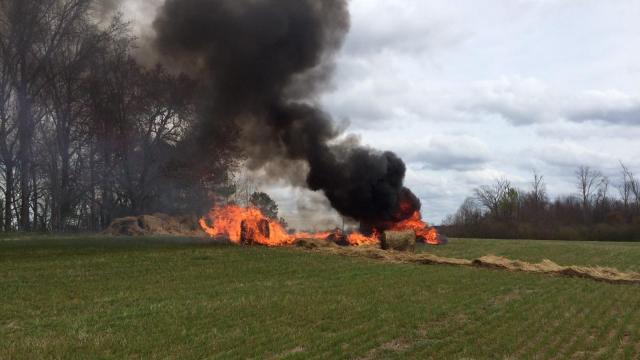 Nash County, N.C. — A police chase ended in a fiery crash along Interstate 95 in Nash County on Tuesday.

The Nash County Sheriff’s Office said a deputy attempted to make a traffic stop on a Nissan Rogue that was traveling south on I-95 when the driver of the vehicle accelerated and refused to stop.

Authorities said the pursuit continued onto N.C. Highway 43 through Red Oak and ended near Journigan’s Food Store, when the vehicle struck a hay bale and burst into flames in a field.

The chase reached speeds of about 120 mph, according to deputies. 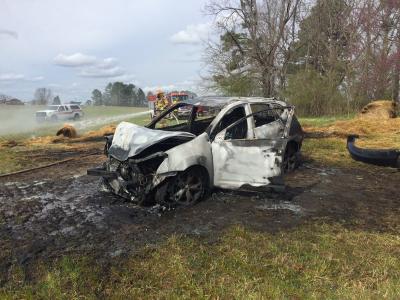 Following the crash, deputies said both men inside the vehicle ran into the woods and were apprehended. Neither sustained serious injuries in the crash, but one was taken to Nash Hospital for treatment.

“These two individuals put numerous lives in jeopardy running at the high rates of speeds they were traveling. I am so thankful that no one was injured in this pursuit. The only thing that was lost or damaged was a vehicle and a hay bale, both replaceable,” said Capt. Todd Wells with the Nash County Sheriff’s Office. “I would also like commend the deputies that were involved in this pursuit for handling it with extreme due caution and safety for themselves and the motoring public.”

The Nissan involved in the chase had been reported stolen from Jacksonville, Fla., authorities said.

The driver of the vehicle, Paul Anthony Mason, of Jacksonville, Fla. was charged with felony possession of a motor vehicle and resisting a public officer. He was being held under $45,000 secured bond.

The passenger, Paul Jackson Wright, of Jacksonville, Fla., was charged with resisting a public officer. He was being held under $1,500 secured bond. 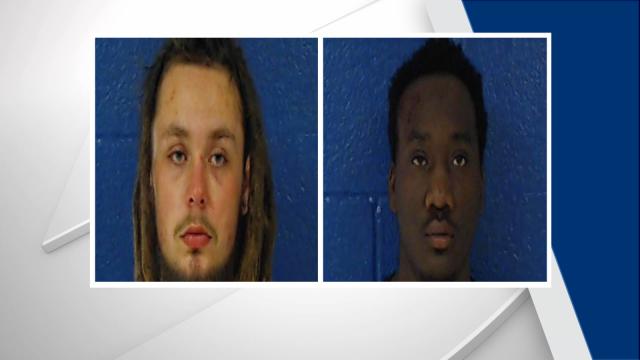