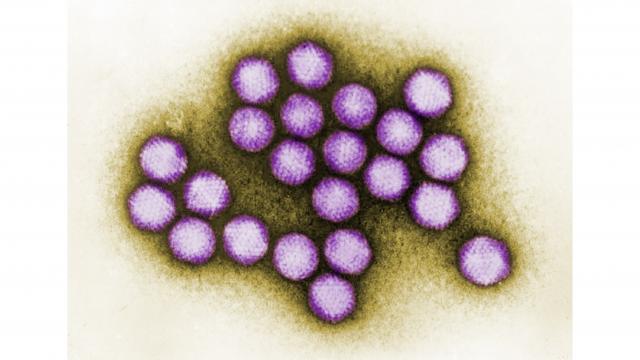 (CNN) — Ten children have died and 18 others have become sick in connection with an adenovirus outbreak at a New Jersey health care facility, the state's Department of Health announced Thursday.

The patients are children with serious medical issues, many of whom require assistance to breathe and function, at the Wanaque Center for Nursing and Rehabilitation in Haskell, New Jersey.

"They range in age from toddlers to young adults," New Jersey Department of Health Commissioner Dr. Shereef Elnahal said last week. "Some have been hospitalized, and some are being cared for at this facility."

A staff member was also affected by the outbreak but has recovered.

The health department also announced Wednesday that four cases of adenovirus were found among kids at a second New Jersey facility, Voorhees Pediatric Facility. However, preliminary tests suggest that it's a different strain than the one in Wanaque, and these patients are not in critical condition.

Health officials say they are stepping up efforts to strengthen infection control at such facilities in the state. On Monday, the health department announced plans to deploy a team of infection control experts this month to visit University Hospital and four pediatric long-term care facilities, including the Wanaque and Voorhees facilities, where experts will train staff and evaluate how these facilities prevent and control infections.

"Facility outbreaks are not always preventable, but in response to what we have seen in Wanaque, we are taking aggressive steps to minimize the chance they occur among the most vulnerable patients in New Jersey," Elnahal said in a statement Monday.

Adenoviruses are often spread by touching a contaminated person or surface, or through the air by coughing or sneezing. They are known to persist on unclean surfaces and medical instruments for long periods of time, and they may not be eliminated by common disinfectants, but they rarely cause severe illness in healthy people. However, people with weakened immune systems have a higher risk for severe disease, and they may remain contagious long after they recover, according to the US Centers for Disease Control and Prevention.

Symptoms may appear two to 14 days after being exposed to the virus, the state health department said.

The outbreak in the Wanaque facility was caused by adenovirus type 7. This type is "most commonly associated with acute respiratory disease," the CDC says. Other types of adenovirus infections can cause flu-like symptoms, pinkeye and diarrhea.

"We are working every day to ensure all infection control protocols are continuously followed and closely monitoring the situation at the facility," Elnahal said.

Could more have been done?

The Wanaque outbreak was caused by an adenovirus strain known to affect "communal living arrangements," according to the state health department -- but some wonder whether more could have been done to prevent this, according to former employees and the mother of one child who died as a result of the outbreak.

"I'm upset that the kids I took care of -- that were all getting better and getting stronger and learning to walk -- are now dead," said Javier Guzman, who worked at the Wanaque facility for nearly five years as a recreational assistant until March 2017, when he said multiple staffers were let go.

"They were such beautiful, happy little children. They may have had compromised immune systems, but they led normal children lives. All they wanted to do was play and sing and clap," Guzman said.

However, another former employee, who requested not to be named and left the facility to pursue another career, said she had a positive experience at the Wanaque Center, whose maintenance staff she generally found to be responsive. She said she believes that the facility met industry standards but, speaking more generally, that those standards might be too low across an industry she described as chronically understaffed and underpaid.

The facility did not respond to CNN's questions about comments made by former employees.

Nurses at the facility had reported a shortage of nursing staff and supplies, according to a statement last week from the union that represents the nursing staff. The Health Professionals and Allied Employees said the shortages may have led to "poor infection control practices."

The union said it represents 70 nurses who work at the Wanaque Center.

On Tuesday, state health officials released the complete findings of an unannounced inspection conducted on October 21 -- after they had been alerted by the facility and before the health department publicly announced the deaths. Inspectors found deficient hand hygiene in four of six staffers observed but noted that the facility followed a number of measures in line with existing recommendations, such as having protective equipment outside rooms and posting signs with adenovirus precautions.

"Now that the report is finalized, certain findings raise questions about whether these general longterm care standards are optimal for this vulnerable population of medically fragile children," Elnahal said in a statement. The statement added that federal regulations will require an "on-site infection preventionist" at places like the Wanaque Center starting in November 2019. "We also need to think about whether there is more we can do as healthcare leaders to protect immunocompromised children, such as those served at Wanaque Center," he said.

"Every year in the state, there are hundreds of outbreaks at healthcare facilities," Elnahal added.

In a review by the Centers for Medicare and Medicaid Services, the Wanaque Center was awarded an above-average ranking in overall quality but a below-average health inspection rating. The rating is based on two years of inspections before November 2017.

The facility has received and corrected other deficiencies. Based on an inspection conducted in August, CMS reported that "it was determined that the facility failed to provide a clean and homelike physical environment for their residents." The review found carpeted areas that "smelled of old carpet and mildew."

A May 2017 inspection report "determined that the facility failed to ensure infection control practices were followed." Among the deficiencies cited were improperly stored syringes, which were used to measure liquid medication, and over-bed tables and medication trays that were not properly cleaned and disinfected. The deficiencies were listed as corrected a month later and were lower in number than the US average.

Nationwide, infection control has "become a more pressing concern" in recent years and has consistently been among the most common citations for nursing homes, topping the list from 2010 to 2014, according to a 2015 CMS report.

"It is rare that in any inspection a facility would come out with no citations," Elnahal said. "If it's a number of citations, all of which are low-level, we ask for a plan of correction. We make sure the facility follows through -- and that's what this facility did here.

"If the findings are severe enough to take further action, we will," he added.

Christopher Podmayersky, a former activities assistant at the facility, said "I was there for almost seven full years, and nothing ever like this happened.

"It's just heartbreaking because I feel like this could have been prevented," he said.

"She's gone," Kristine Poulos, whose 16-year-old daughter was among the deaths at the Wanaque facility, told CNN affiliate WABC. "I can't bring her back. She's not coming back."

Poulos' daughter, who had required breathing and feeding tubes as part of her normal care, was transferred to a hospital with a fever but was transferred back to the Wanaque facility, where she died last week, according to WABC.

Although the complete timeline of deaths at the facility remains unclear, the Wanaque facility said it "promptly notified all appropriate government agencies when the virus was initially identified." According to health department spokeswoman Nicole Kirgan, state health officials were notified of respiratory illness at the facility on October 9, and the facility notified parents 10 days later, on October 19.

Poulos told WABC that her daughter Elizabeth had been diagnosed with adenovirus at least five days before state health officials were notified. "Why wouldn't you report it sooner?" she asked.

"We are working side-by-side with medical experts from the Department of Health and the CDC, and will be in constant contact with them until this issue is fully resolved," the facility said in a statement last week. The statement added that staff "feel a tremendous sense of loss" and are taking steps to improve safety and comfort, including offering grief counseling and a 24/7 hotline for those affected.

The facility has not responded to calls and emails for further comment. The facility has been "instructed not to admit any new patients until the outbreak ends and they are in full compliance," according to the state health department. State health officials have said the outbreak can be declared over only once four weeks pass without an additional case.

Health experts say that the amount of time it takes to respond to a potential outbreak and notify families is variable and may depend on how long they need to investigate an outbreak, culture a virus and confirm its identity.

According to Elnahal, "It can be difficult to impossible to know how the virus got to the facility, what its source was, or what its specific mechanism of spread is from person to person."

But Poulos told WABC, "I just want to know what happened."