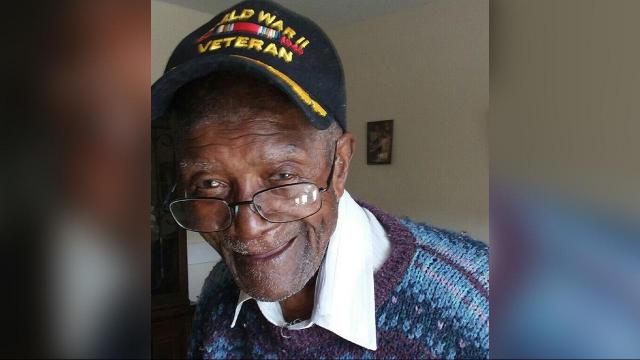 Fayetteville, N.C. — James F. Jones, a 101-year-old World War II veteran, has worked hard his entire life, and his front porch stories are nothing short of remarkable, according to his neighbor.

Tony Rudd, 58, lives next door to Jones, who just celebrated a birthday on Thursday. According to Rudd, Jones, who he affectionately calls "Mr. James," is an amazing man, and he fell in love with him immediately.

Rudd said he met Mr. James shortly after he moved into the neighborhood. Rudd noticed Mr. James spent a lot of time standing on his front porch, and he wanted to help. "I saw him leaning up against the windowsill, kind of sitting on it," he said.

Rudd brought Mr. James a rocking chair and, later, a table. Now the front porch serves as a place for stories and wisdom to be shared between the two men. 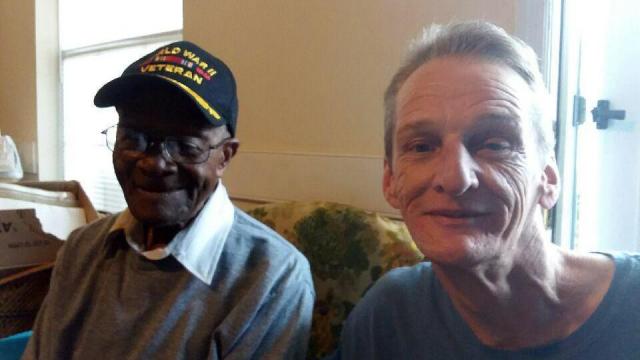 On Thursday, Rudd woke up early to tie mylar balloons to the table on Mr. James' front porch. Later that evening, family, friends and neighbors gathered to eat cake and celebrate. "I was more excited about his birthday than he was," Rudd laughed.

Rudd said he begins each day with a conversation with Mr. James.

He takes to heart the stories his friend tells him, and he writes down much of the advice and stories the wise man shares. 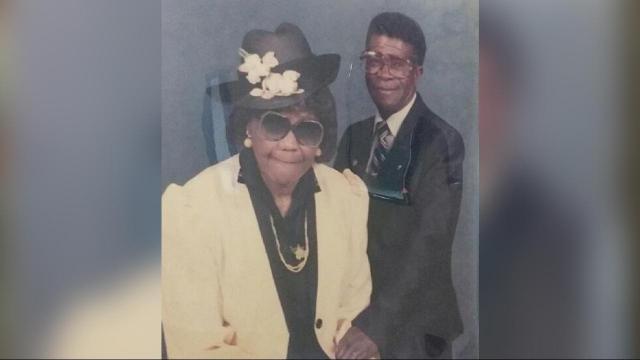 "If they don't pass on their wisdom, it dies with them," Rudd said. "They [senior citizens] just have good common sense. He has a neat way of talking that brings me a lot of pleasure."

"Tony takes her breakfast and supper every day, but it's the companionship and friendship that means the most to her," Karen, Nita's niece, told WRAL News. "He's a very caring person who truly lives his faith."

In a phone call with WRAL News, Mr. James said he has one piece of advice for young people. "Trust in the Lord, put yourself in the Lord's hand...the Lord does good things," Jones said. "May God bless you. I tell everybody that."

Jones served in World War II before moving to Fayetteville to work in farming and construction. Rudd said he farmed in Gray's Creek and helped build the first house in College Lakes, which is now a large community in Fayetteville. He is a longtime member of Bethlehem Freewill Baptist Church.