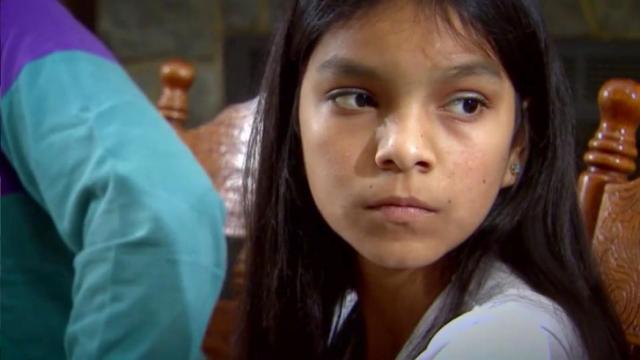 Durham, N.C. — Ten years after a Louisburg teenager died at Duke University Hospital following a botched organ transplant, questions surround a charity created in her honor and the man in charge of the funds.

When Duke transplanted a heart and lung with the wrong blood type into 17-year-old Jesica Santillan in 2003, the public was not only introduced to the teenager and her family, they were also introduced to Mack Mahoney.

Mahoney, a Franklin County builder, got to know the Santillan family after seeing a newspaper article about the girl and the surgery she needed. He reached out to the family and started a nonprofit, Jesica’s Hope Chest, to raise money for her surgery. As the funds grew, Mahoney said, the remaining money would be used to help other sick children.

Santillan's story quickly spread and garnered intense local and national attention. After receiving a heart and lungs from a donor with a different blood type, the teenager never recovered. She died Feb. 22, 2003, after a second transplant tried to override the damage of the first.

Mahoney served as the family's official spokesman and power of attorney. He helped broker their private financial settlement with Duke and continued to run Jesica's Hope Chest, which received money through donations and the sale of homes, which Mahoney built using volunteer labor and donated materials.

Over a 10-year period before and after Santillan's death, the charity brought in more than $450,000 in donations and revenue from home sales. Tax records show the charity gave about $100,000 in assistance to families. Another $83,000 went to grants and allocations, but there is no explanation given.

In places, the tax records are confusing. In the fiscal year of Santillan's death, $90,000 in cash donations were recorded. In 2004, after a new bookkeeper came on board, the $90,000 in cash contributions was then recorded as $9,000 on tax forms.

The WRAL Investigates team tried to reach the bookkeeper, Carolyn Holmes, for an explanation, but she has not responded.

Archived pages of the nonprofit website show the group helped families in North Carolina and out of state, but the thank-you notes from parents trail off after the early years of the operation.

"When I asked those questions and didn't get the answer, I got a queasy feeling," Pearce said.

As the nonprofit was winding down in 2010, three pieces of property owned by Jesica's Hope Chest at Lake Royale in Bunn were sold to a private citizen for $5,000 – well below the tax assessed value. It was recorded as a $13,000 loss for the nonprofit.

A 2009 tax return says the lots were "scrapped" because of a lightning strike, but the lots are in three different places. The WRAL Investigates team did not see noticeable damage during a recent visit. Eight months later, the three lots were sold to Mahoney's construction company for the same price – $5,000.

"When a nonprofit decides to dissolve or transfer a significant part of tax assets, they are required to get approval from the AG's office," Cooper said.

"From what you've told me, I'd have great concerns because of appearances," Cooper added. "Obviously, our office will look into this matter to determine if everything was done properly and to determine if there's anything we need to do."

Steve Trubilla says he would also like to know if the charity was handled properly. Trubilla, a former friend of Mahoney's, says he was initially impressed by Mahoney's story of helping Santillan but began to have questions.

"Mack Mahoney is a very colorful guy," Trubilla said. "He came across as very proud that he was able to beat the establishment."

Trubilla says he knows the three lots at Lake Royale well. When Trubilla loaned Mahoney $50,000, those properties were on a list of nine lots that would be used for collateral, he said.

"As collateral, they put up those lots at Lake Royale, and they represented them to be valued at $103,000," Trubilla said.

Mahoney didn't pay back the money, according to Trubilla, who says he's now stuck with the land.

The WRAL Investigates team visited Mahoney's home three times and left contact information. He emailed and said he'd answer any questions, but has yet to respond.

Mahoney has filed for personal bankruptcy. Court documents show he and his wife and his four businesses are $1.3 million in debt. He owes money for bank loans, credit cards and $27,500 to Santillan's mother for a personal loan. That's left many in Franklin County, including Pearce, wondering how Mahoney handled the financial end of the nonprofit.

The WRAL Investigates team tried to reach Santillan's mother for comment about the charity and its finances but did not get a response.