10 years free, Greg Taylor makes a life of family, travel and working for others wrongfully accused

Cary, N.C. — The moment a panel of judges declared Greg Taylor innocent after nearly 17 years in prison was a raw display of emotion. In the 10 years since that day, he's had the chance to rebuild a life, reconnect with family and work for others wrongfully convicted of crimes.

"I wake up every morning thankful for the life I have and for being free," Taylor said. "And then the second moment hits when I recognize that there are those that are still fighting like I used to."

Taylor had almost given up on freedom when attorney Chris Mumma, who heads the North Carolina Center on Actual Innocence, took his case.

Taylor was convicted in the 1993 beating death of Jacquetta Thomas. The only physical evidence linking him to the crime was a spot on the wheel well of his SUV found stuck in the mud near the body.

State lab analysts testified it was blood. Further tests revealed it was not blood, but at the time the State Bureau of Investigation had a policy of not reporting negative tests.

His ultimate exoneration forced the state to review how they reported blood evidence and to audit other cases that may have been tainted. This led to a major overhaul of their practices.

"I believe in the justice system," Taylor said. "At the same time that system is made up of humans, and humans make mistakes."

That policy, in part, cost Taylor 17 years. "Now that I'm almost 58 years old, that 17 years seems like a huge chunk of my life, a whole generation that I missed," he said.

When Taylor walked out of prison in 2009, he found himself in an unfamiliar world.

"There were social changes in the way people communicate, and I think that was one of the stumbling blocks early on," he said. "Do I send an email, do I text, do I leave a voicemail, do I call?"

Everything seemed new again, and Taylor experienced a lot of firsts.

Today, Taylor is a software developer and computer programmer who doesn't want to miss a minute of life. 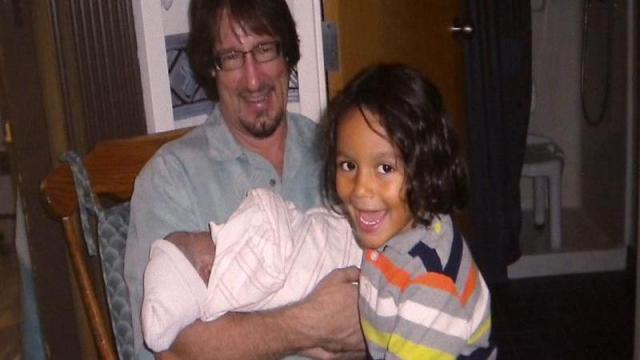 "I toss around my three grandkids and travel as much as I can," he said.

He's also an advocate for others in prison fighting to prove their innocence.

"The system is not set up for innocence," he said. His mission: "to not see anybody else go through what I've been through."