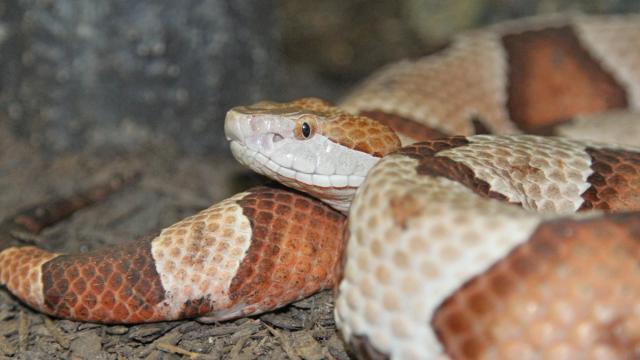 Charlotte, N.C. — A 10-year-old girl was bitten by a copperhead snake Tuesday while playing in Charlotte.

Summer Boyd was riding her bike outside in her neighborhood when she came across the snake, according to NBC affiliate WCNC. She was pushing the bike up a hill when the snake bit her.

"She either brushed up against it or stepped on it, and it bit her in the joint where her big toe joins the foot," Warren Boyd told the television station.

The girl was taken to a local hospital to be treated.

Marvin Bouqknight, the director of Discovery Place Nature in Charlotte, told WCNC that just because days are warmer than normal, it doesn't mean it’s too warm for the cold-blooded animals to be active outside.