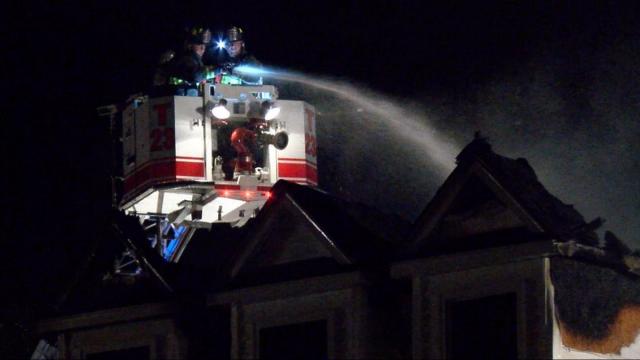 Mount Olive, N.C. — Dozens of firefighters from 10 departments responded on Thursday night to a fire at a home near Mt. Olive that took hours to control.

The fire at 851 Red Hill Road, Mt. Olive, was reported around 10:45 p.m., officials said. Firefighters battled the fire at the 5,000-square-foot home for roughly three hours.

People were home at the time of the fire, but there were no injuries reported.

The fire marshal said the the cause of the fire is undetermined.