Durham, N.C. — Durham police have identified a suspect accused of carjacking and shooting a man before leading officers on a chase that ended when the man crashed the stolen car into a police cruiser.

But police are asking for the public's help in finding a second suspect believed to have been involved in the attack.

Joseph Demario Cates, 17, has been charged with robbery with a dangerous weapon, assault with a deadly weapon with intent to kill inflicting serious injuries, possession of a stolen motor vehicle and conspiracy to commit robbery.

He was being held in the Durham County Jail on a $150,000 bond, according to a statement released by police.

Police said Cates and a second man met an unidentified 19-year-old man through the OfferUp app to purchase a cell phone. 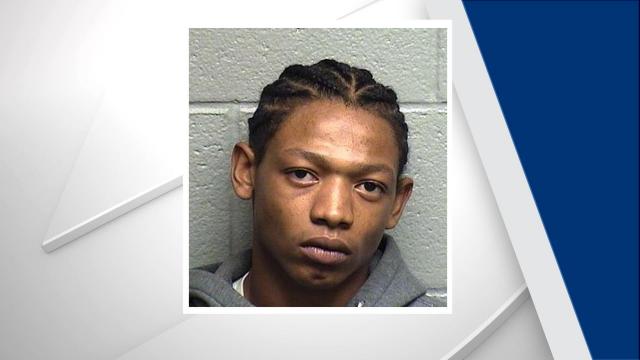 During that meeting, the man was robbed at gunpoint of his wallet, phone and his 2007 Toyota Camry, police said.

The victim was also pistol-whipped and shot before the suspects fled from the scene in his car.

Durham police saw the car a short time later and attempted to stop Cates, who was driving the car, on North Alston Avenue, but he refused to pull over. According to police, he ran a red light and collided with another Durham police cruiser that was traveling eastbound on Geer Street.

That officer, who was off duty and not involved in the chase, had the green light when the cruiser was struck, police said. The unidentified officer was taken to a local hospital but information about their condition was not immediately provided.

.The victim of the carjacking was being treated at a hospital for a gunshot wound. A police spokeswoman described his injuries as "serious."

Cates was not injured during the incident.

Police asked anyone with information on the second suspect to call 919-683-1200.