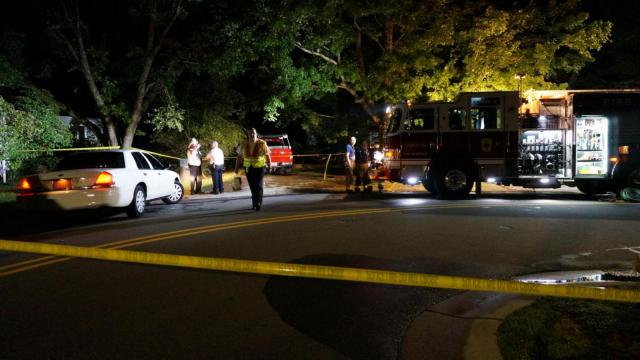 Fayetteville, N.C. — Authorities said one person and three dogs were found dead after a fire early Tuesday morning at a home in Fayetteville.

Emergency crews responded around 1:05 a.m. to the home at 2519 McNeill Circle in Fairfax Place, which is near Fayetteville Technical Community College. The first responding firefighters reported heavy smoke and fire showing through the roof.

Firefighters found the body of a person inside the home, and another occupant was treated by EMS for smoke inhalation. Three dogs were also found dead inside the home.

The cause of the fire is still under investigation.