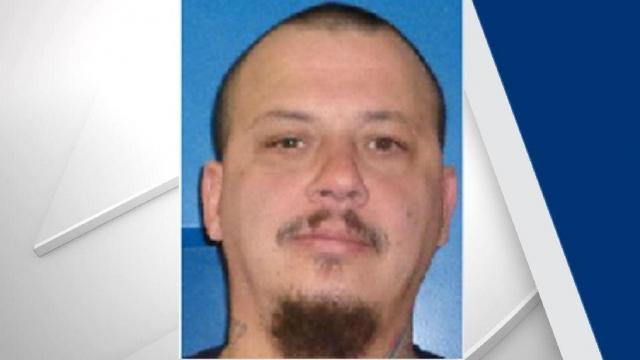 Fayetteville, N.C. — Police are searching for a suspect Saturday they consider "armed and dangerous." The man they are looking for is wanted for his believed connection to a robbery and a shooting that injured one person Friday at a Fayetteville hotel.

The charges are a result of the manhunt that began early Friday after a shooting and robbery at Roadway Inn, located at 1957 Cedar Creek Road, around 4:14 a.m.

According to officers with the Fayetteville Police Department, Tilly allegedly broke a window of a room at the inn and entered, showing a gun and demanding money. Tilly is accused of physically assaulting one of the guests in the room, officials said, and striking a male victim in the head with a handgun before shooting him in the upper leg. A female guest in the room was left unharmed.

According to police, the man injured in the shooting was transported to the Cape Fear Valley Medical Center and is listed in serious condition.

Tilly allegedly fled the scene, according to officials, and detectives are encouraging family and friends to have him to turn himself into law enforcement. Detectives also ask that anyone with information concerning the whereabouts of Tilly be cautious and contact law enforcement immediately, as he is considered armed and dangerous.