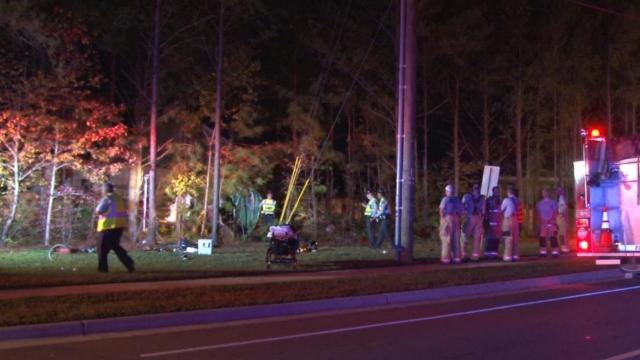 Apex, N.C. — One person died and another was seriously injured on Friday night in a single-vehicle wreck in Apex.

Two people were in a car around 9:30 p.m. driving north on Smith Road at a high rate of speed, according to the North Carolina State Highway Patrol. Troopers said the car hit an object in the road and ran off the right shoulder before rolling several times.

The car came to a rest on its left side.

Thomas Sullivan, 30, died in the crash, and another person in the vehicle who was not identified was in critical condition.