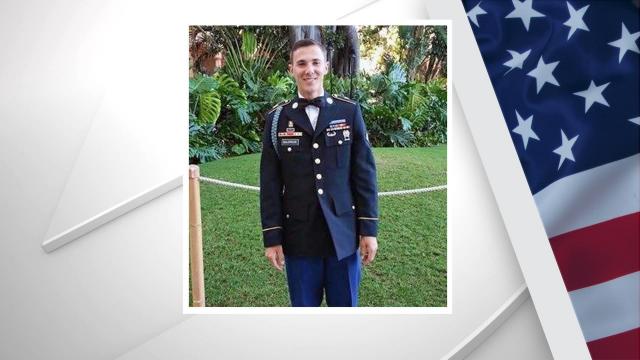 Zebulon, N.C. — A Gold Star family from Zebulon said Monday they have received the $25,000 check promised to them by President Donald Trump following their son’s death.

Army Sgt. Dillon Baldridge was killed in Afghanistan in June. His father, Chris Baldridge, said he received a call following his son’s death which included an offer to give him a personal check for $25,000 after he expressed frustration with the military’s causality benefits.

Chris Baldridge made national headlines last week when he said that he had still not received the check as promised.

White House officials told NBC News that the check was sent to the Baldridge family, but it was delayed because of a problem in the approval process. Officials said Trump personally followed up to make sure the family got the check.

Chris Baldridge confirmed Monday that the family had received the check.

The controversy surrounding the check came as Trump faced criticism after claiming to have called “every family of someone who’s died” and asserted that past presidents had not. The claims prompted several Gold Star families to come forward to say they never heard from the president after they lost a child in combat.