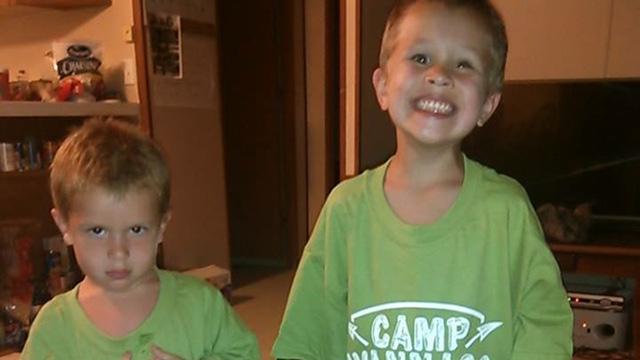 Statesville, N.C. — An Iredell County man who shot his two sons before shooting himself was on the phone at the time of the incident, according to Sheriff Darren Campbell.

Investigators have found a witness who was speaking on the phone with Shawn Fuller, 31, when he allegedly killed his two children. According to the witness, Fuller said that he had killed his kids and would kill any law enforcement that arrived at the home.

Josiah Fuller, 3, and Uriah Fuller, 4, were shot by Fuller early Sunday morning before he turned the gun on himself, Campbell said. He said that if Fuller survives his injuries, he will be arrested and charged with two counts of murder.

An autopsy for the children was scheduled for Monday and preliminary results show that they died of multiple gunshot wounds.

Officers were called to the home near Statesville around 3:30 a.m. Sunday after reports of an intoxicated man firing a weapon. Authorities said the boys' mother was assaulted prior to leaving the house and calling 911.

When police arrived at the home, Fuller was found on the front lawn, while the children were found in the living room.

Investigators believe that the shooting took place prior to the first 911 call regarding the incident.

Campbell said that the weapon used in the incident was found next to Fuller when police arrived. It appears as though the gun belonged to Fuller’s wife and had been hidden in the house.

Police have one prior domestic incident on file regarding the family from May 2015. That case involved a verbal altercation between Fuller and his wife.

The family has lived in North Carolina for more than three years.

Campbell said that deputies working on the case will receive counseling to help them deal with the situation.