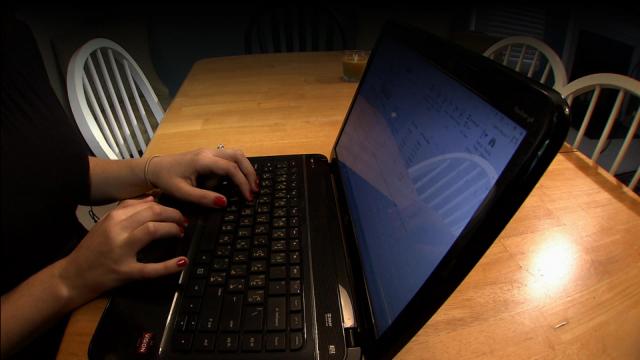 Raleigh, N.C. — State Board of Education members on Wednesday said they want to do a better job of monitoring the state's two virtual charter schools after a report found high withdrawal rates and low performance.

"I really think we need to monitor this closely," said board member Becky Taylor. "The last thing we want is to be in the newspaper like some other states have been. We want to have good articles in the end ... We need to be on our toes."

Their first year was marked with questions about their high student withdrawal rates. In March, a report to the State Board of Education found that about 500 students, or about 26 percent of those who had signed on to take courses, had withdrawn from each school in the first five months of operation.

Virtual charter school leaders pushed back at the report, saying those numbers were misleading because some students plan to take online classes for only a brief period. They also pointed to other states, including Florida, which they say have higher withdrawal rates.

The latest report on the two virtual charter schools showed withdrawal rates of 31 percent at NC Connections Academy and 25 percent at NC Virtual Academy for the 2015-16 school year. Those rates do not count students who only enrolled for short periods of time. The state set a mandated limit on withdrawals at 25 percent.

State Board of Education Vice Chairman A.L. "Buddy" Collins said he would like the state to find out where the students are coming from when they choose to attend virtual charter schools and what schools they transfer to if they leave.

The report also noted that both schools have been deemed low-performing and must submit a strategic plan to address their academic deficiencies, as is done in other low-performing schools in the state. For the 2015-16 school year, both virtual charter schools received overall school performance grades of D. They both received a C in reading and an F in math.

Included in the report were responses from leaders at both virtual charter schools. They acknowledged the need to improve academically but said they have celebrated many successes in their first year of operation. They also included testimonials from parents who have been pleased with the program.

State school board member Taylor said she would like to send the report back to the state's Charter Schools Advisory Board so it's "high on their radar." The advisory board reviewed the report last week but spent very little time discussing it, according to an EducationNC reporter who attended the meeting.

Advisory board member Steven Walker said that the report is similar to any other report card that schools are required to present, and that the board was there to check its accuracy.

“It is what it is. Our job was really just to check and make sure that the figures that were in there were correct," he said. “I think it’s way too early to start making judgments."

State Superintendent of Public Instruction June Atkinson agreed that data from a single year doesn’t constitute a trend. However, she expressed concern with the changes that the General Assembly has made to the calculation of withdrawal rates.

In the last legislative session, a provision in the budget changed what counted as a withdrawal. It excluded students who expressed their intent to dropout prior to enrollment, who are withdrawn due to a lack of course participation, who leave the state, who withdraw for a family, personal, or medical reason and who withdraw within the first 30 days of enrollment.

Atkinson said she’s worried inconsistency in the methods of measurement will negatively impact the legitimacy of the program.

“Those changes were designed to give greater flexibility to the two charter schools as to which students will be counted as withdrawals,” she said. “I am hoping that the General Assembly will not make any other changes in order for the board to complete the pilot.”

State Board of Education Chairman Bill Cobey said he is looking forward to seeing what happens in the future with the program.

"I’m actually more concerned about the second year because the first year a lot of people — including a lot of homeschoolers — tend to opt in to the virtual charter school, not realizing how structured the virtual charter school is," Cobey said. "So it’s not exactly what they thought it would be, so they tend to drop out. And I think that phenomenon — you’re over it in the first year."