Did you feel like you needed a break from "The Big 3?" Well, this week, you got it.

Tuesday night's episode of "This Is Us" spent time detailing some of Jack's tour in Vietnam – eventually taking us all back to the day his little brother, Nick, was born.

We learn more about Jack's paternal nature – it seems to go back to his early childhood, his abusive father and the fact Jack has a heart condition. Could this have ultimately led to his untimely death?

"Vietnam" opens with Jack visiting his brother Nick for the first time during the war. But, we don't actually see his brother. (More on this to come.) 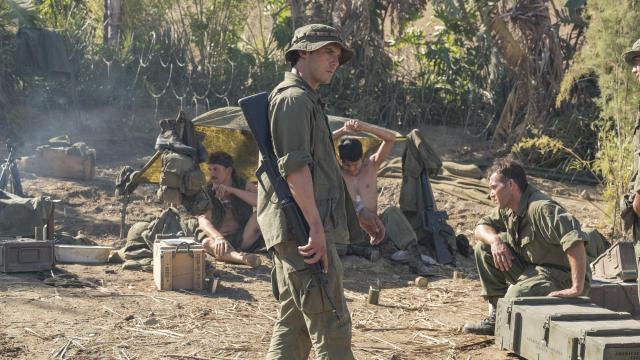 Jack, who is now a staff sergeant, is leading a group through the jungle. We see Robinson, the man Kevin was able to connect with in the last episode. It seems Jack has been promoted quickly, even though he hasn't been there at long as Robinson, who is just 90 days from going home.

But a late-night ambush leaves one man dead and Robinson without a foot.

Jack's unit is reassigned to a "cushy detail," a small fishing village closer to his brother. In true Jack Pearson fashion, he is able to persuade his commanding officer to allow him to go visit Nick, who has been "Article 15ed." 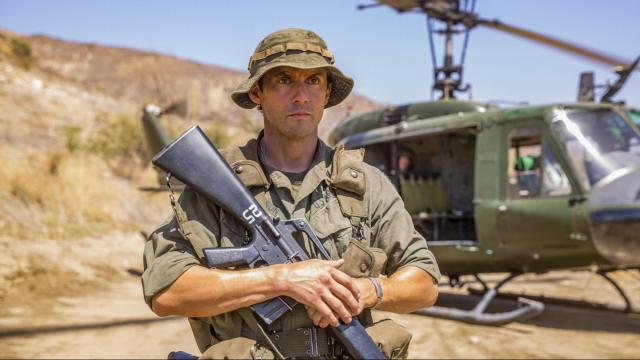 Jack's mom receives a letter from Nick explaining he's been "Article 15ed," for apparently endangering himself and others. She's clearly upset, and Jack's good-for-nothing-father is sitting in front of the TV.

After reading this letter, Jack, who is clearly not in Vietnam, is determined to get to his brother.

He goes to the doctor, where we learn he has an irregular heartbeat – something that allowed him to get a pass on the draft. Jack explains he HAS to be there with Nick, that it is his job to be there, and the doctor helps tell him how to pass the physical.

Nick is freaking out – understandable – but Jack, Nick's own "personal Superman," tells him he has a plan and that everything will be OK. This is heartbreaking because we know Nick eventually ends up in Vietnam.

Jack and Nick decide to watch the televised drawing of draft numbers at a local bar. Nick's birthday, Oct. 18, is called pretty early, and Jack dives right into his plan – get Nick to Canada. But while on the way, Nick says that his father would never talk to him again if he ran from the draft.

The two stop at a motel for the night, and when Jack wakes up, Nick is gone. There is an empty bed and a note: "It’s my turn to save the day, now."

The Pearson brothers are in the front yard, and we learn Nick is not great at catching a football. He breaks his glasses and gets a bloody nose (the same would probably happen to me if I tried to catch a football tbh)

Jack tells Nick he can wear his glasses like Clark Kent and be Superman in disguise, and Nick wakes up that night and tries to stop their abusive father from hitting their mother, only to have Jack show up and save the day again.

Afterward, the two boys hug their mom, and she exclaims, "Jack, honey, your heart is racing." He says it always beats fast.

The day Nick was born.

We see Jack's dad actually being a good father and a nice person!? This is new. I guess Jack's mom was right, he was not always a horrible person.

But then we briefly meet Jack's grandfather, who brought his flask to the hospital waiting room and overall just seems like a loser.

Nick is born at 11:58 p.m. Oct. 18. What a difference those two minutes end up making in the lives of the Pearson family.

Looking into the nursery of a whole bunch of other (unlucky) Oct. 18 babies, Jack's dad teaches him the lesson he will carry on in life: Big brothers look out for their little brothers. It is their only job.

The episode ends where we started, with Jack visiting his brother in Vietnam. He looks rough. I'm sure we will learn a lot more about that.