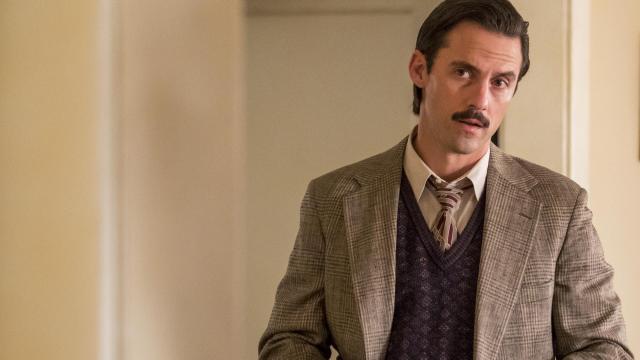 Tuesday night's episode of "This Is Us" gave us exactly what've been waiting for, a look into the life of Nicky.

Songbird Road Part 1 (which hopefully means we will get a lot more Nicky in the next episode) goes back and forth between the last time Jack Pearson saw his brother and The Big Three's visit to find their long-lost uncle.

The episode kicks off showing how many postcards Nicky sent to Jack - the last one being to his home address. Jack finally decides to go see his brother and lies to Rebecca about taking a work trip to Trenton.

In the present day, Kevin, Randall and Rebecca FaceTime with Kate to explain Zoe and Kevin's recent findings. Rebecca says she will sit out on the road trip, but will watch Randall's girls instead. It is clear this is all a big shock to her...I mean, her picture-perfect husband had a lifelong secret, I get it. Kate also initially says she will sit this one out, but then surprises her brothers at the last minute.

When The Big Three first arrive at Nicky's trailer, no one is home. Kevin knocks and tries to look in the window, but then a voice comes from behind them - and finally we see Nicky.

They introduce themselves and tell him that Jack is dead.

Nicky lets them inside. It’s basically all small talk until he tells them to leave. Kate stands up for Kevin and all the work he has put in to learn about Jack’s past and refuses. I mean, he's been around the world and back.

Nicky pours a drink and starts to explain what happened in Vietnam. He got drafted. Jack enlisted to follow him. He was a medic who tried too much of his own supply. Jack tried to clean him up. He got out for psychiatric reasons. Then he got even more sick.

A flashback takes us back to the day in Vietnam where there is an explosion on the water. The day we were to assume Nicky died.

At the beginning of the day, Nicky meets a young Vietnamese boy. The two become friends and he takes him fishing. Nicky teaches the boy his method of throwing a grenade into the water to kill the fish. The two laugh.

Nicky pulls out a second grenade, and the boy tries to grab it. It ends up on the boat floor and Nicky yells at him to jump off. The boy doesn't understand English and ends up getting killed in the blast.

This is a day that has hung over Nicky's head forever. Later in the episode, he tells The Big Three that he never got a chance to tell Jack it was a horrible accident. It seems as every time Nicky tried to broach the topic with his brother, Jack quickly shut it down.

After he finishes his story, he asks them to please leave.

In a flashback from the day of Jack's visit, he returns home to Rebecca and tell her that he lied earlier. That he was really off seeing a person he knew from the war. Rebecca suggests that maybe he go talk to someone about it, but Jack shuts that down.

In present day, Rebecca gets a text from her kids letting her know they found Nicky. She worries that maybe she didn't do enough for Jack and that she didn't ask enough questions. Now, she wants the truth, she says to Miguel.

The Big Three is ready to head out of town when Kevin has a change of heart. He refuses to leave Nicky all alone in a trailer - the way his dad did.

They turn back toward Nicky's trailer and find him sitting at a table next to a gun. Randall slowly takes the gun away as Nicky is mumbling about how he never got the chance to tell Jack it was an accident. Kevin put his hand on Nicky's shoulder - a sign to show him that, presumably, it's OK.

How will Nicky fit into their lives? I'm not sure, but it looks like we will find out next month! ​