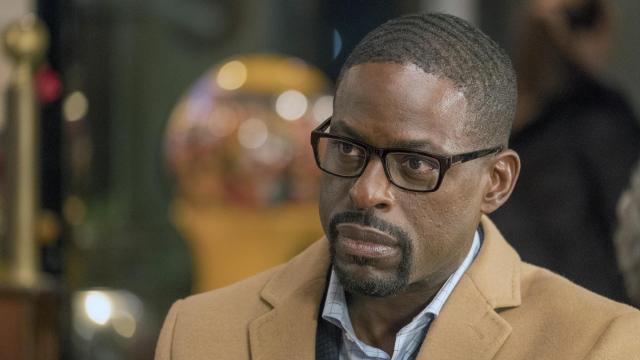 And we're back, seven weeks after the fall finale, and seven weeks before Randall's big election night.

Last night's episode, 'The Last Seven Weeks,' spends time catching us up on Kevin, Kate and Randall's lives over the course of the holidays.

In true "This Is Us" fashion, the first few moments of the episode reveal some major episode cliffhangers. But let's back up.

Randall wakes up right where we left off, on the couch. Beth wants him up before the girls, so that there are no questions or concerns. But, despite their heated argument, he tells Beth he is still running for City Council.

Throughout the episode, Randall is busy managing life between Philly and New Jersey, and all the while, the memory of the trip he took to D.C. with his father - just before Jack's death - is playing out in his head.

While sitting on a park bench overlooking the Washington Monument, Jack tells Randall how "great" of a man he will be. Teen Randall also confesses he worries about how he will be able to balance a career and a family.

The word "great" seems to put an unspoken weight on Randall as he is worries if his father would be proud of who he has become.

Flash forward to New Year's Eve, real-time Randall finds himself at a low point trying to get Beth's "booberry" pie from a local diner when he bumps into the reverend from the Philadelphia church he has been visiting. Randall unloads a bit, but the reverend reminds him that the things that make you smile on your deathbed are the things that matter most in life. 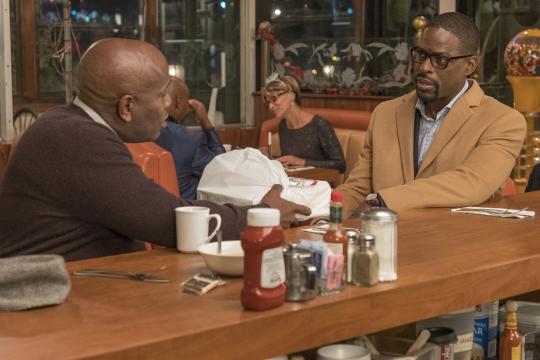 He heads home where he tells his four girls how much they mean to him. The next morning, Beth tells Randall she has also had a change of heart and apologizes for not having his back. He cares too much and tries too hard to just give up on the campaign.

Flashback to election night, Randall's race is too close to call, and after a perfect Randall-like speech, he thanks everyone for their hard work and sends them home. A late-night phone call (from I am assume Jae-won) informs Randall he has won! (I was honestly hoping he would lose.) So, I guess we're in for more political story lines from Randall.

Meanwhile, Kate and Toby are preparing for baby boy (Jack?)

Kate is finally ready to turn the extra bedroom into a nursery, which means it is time for Toby to get rid of all of his “toys.”

Kate sells them all, even the box marked DNS (do not sell) by Toby. Toby was planning on passing down his beloved “Star Wars” action figures to his future kid, as they were important to him and went house to house during his parent's divorce – not to mention they’re really valuable by now.

I'm not sure Kate ever apologizes for accidently selling them, which bothers me, but they track down the kid who bought them for $10 at a college party. Kate lays it all out on the line, explaining that she is pregnant, and because her house burned down and her dad died, she has nothing from her childhood to pass on to her future kids, including her beloved Three Rivers Stadium replica built by none other than her father.

The kid refuses to give back the action figures, and Kate and Toby leave disappointed.

In the coming days, Kate ends up buying replacement Star Wars action figures for Toby, and Toby surprises Kate with a brand new Three Rivers Stadium replica. Kevin was able to dig up an old photo, and Toby contacted a man who makes dollhouses. Toby for the win, y'all. 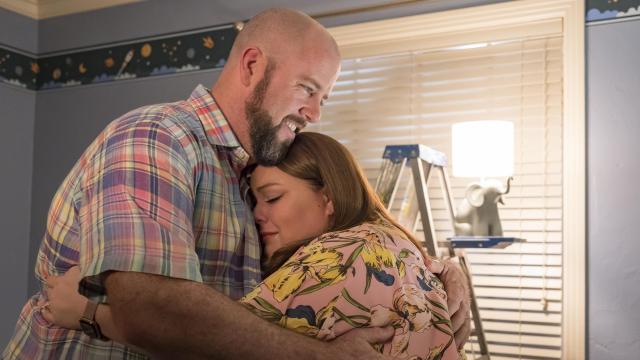 Last but not least, Kevin and Zoe are back from their trip to Vietnam, and after a day of traveling, Zoe makes herself comfortable on Kevin's couch exclaiming, “It feels good to be home!”

Without missing a beat, Kevin zones in on the word "home," as asks Zoe to move in with him - John Stamos key and all.

At the beginning of the episode, on election night, we saw Kevin and Zoe awkwardly giving each other space and Zoe giving Kevin back the John Stamos key, so we can only guess this does not go as planned.

The Nicky Pearson storyline continues to get juicier. After enlisting the help of a congressman (and Zoe's ex whom she broke up with via email) to get a hold of documents from the VA, they realize Nicky returned from the war and checked himself out of Walter Reed using the name "Clark Kent."

Due to the lack of unpacking and the feeling that Zoe could end the relationship so abruptly, Kevin ends up having a big fight with her. 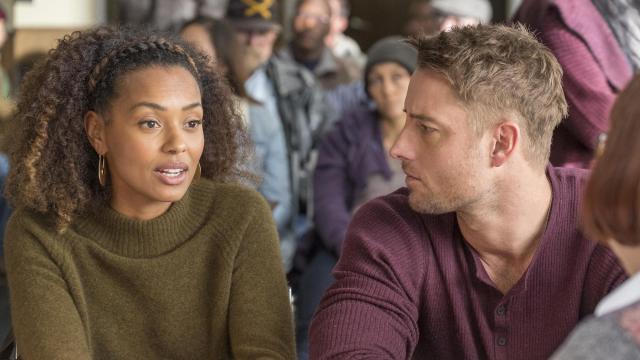 Fast forward back to election night - after Randall calls it a night, Zoe follows Kevin outside and ends up professing her love in a well-delivered and tear-jerking monologue. She explains how the abuse she went through has had an effect on her, and how she feels safe only in her own space. She tells Kevin that, even though he is pushy, she likes what he is pushing them toward. And the John Stamos key is back!

Later on, back at Kevin's apartment, Zoe accidently opens a box of Jack's things when the two are unpacking and finds a postcard with a Pennsylvania address signed C.K. Could it be Clark Kent?

And the plot thickens. 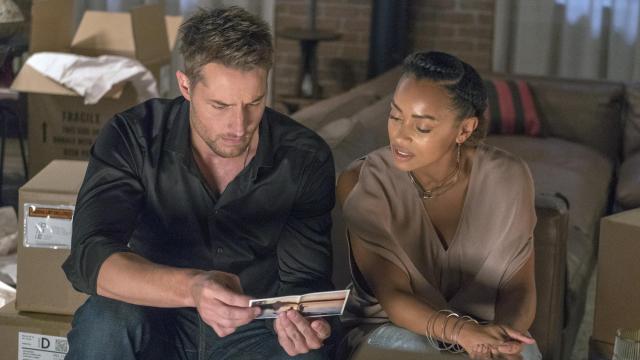 'This Is Us' recap: Fall finale delivers serious plots twists, reveals mysterious 'her'

'This Is Us' recap: A good old-fashioned road trip