'This Is Us' recap: Fall finale delivers serious plots twists, reveals mysterious 'her' 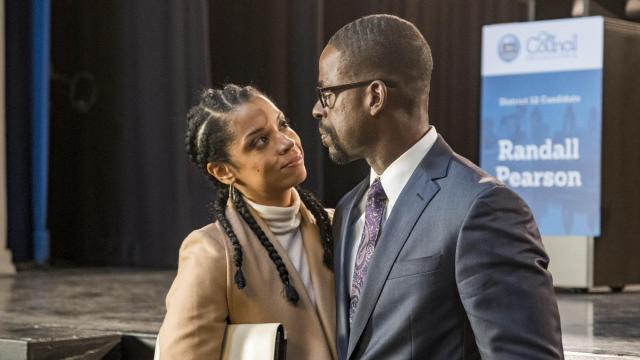 Ok, where to begin? There is a lot to unpack here.

It seems as if the writers waited to serve this season's main course until the week after Thanksgiving, but now we have to wait until 2019 to get answers on some of the show's biggest reveals yet.

Let's break it down.

By the end of the episode, Randall and Beth are not OK, and that means I am not OK.

Tuesday's episode focuses partly on Randall's big debate in his run for Philadelphia City Council. You all already know how I feel about this (so I won't go there), but needless to say, this whole thing doesn't seem to be working.

While Randall ended up "Serena-ing the crap out of" the debate after a rocky start, he is too far behind in the polls to catch up.

Jae-won tells him there is not enough time and that it's over. 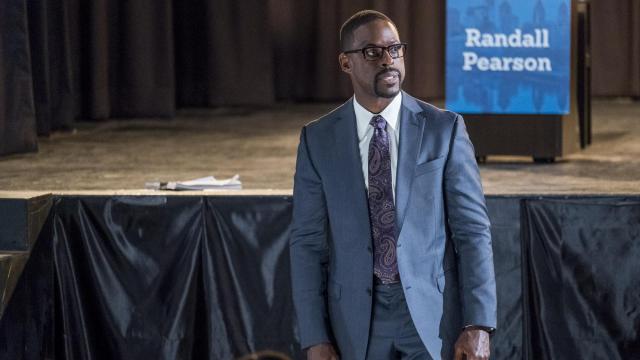 Meanwhile, things at home are just as rocky. Deja is back in touch with her mom and asks to go visit her in Delaware. And Tess, who came out to Kate in the last episode, is an emotional wreck and is scared to tell her parents.

After returning home from the debate, Tess walks into the kitchen nearly in tears. This scene is all-around fantastic. This was the first time I have cried at this show in a while, and boy, the tears kept coming. A very brave and well-spoken Tess tells her parents that she might like girls.

Beth and Randall, in my opinion, handle it beautifully, explaining that they love her no matter what and that they are there for her if she wants to talk more about it.

Tess heads back upstairs, and Beth pours big glasses of wine for her and Randall. In hindsight, the woman probably needs more than one. Anyway, Beth basically says how timing with the campaign ending worked out great due to the mounting issues to deal with at home, but from the moment these words leave her mouth, it is clear Randall is not quitting his run.

He tells Beth that he made a promise to a community and that he plans to see it through. Beth, obviously, is not having any of this and says that he sure sounds like a politician.

This decision ends up with Randall sleeping on the couch for the night – let's hope it is just for one night.

While we're left to worry about Beth and Randall's marriage, we skip ahead in time. We find old Beth running some sort of ballet company or dance studio. She asks her assistant about a pin-the-tail-on-the-donkey game and explains they are going to see Randall's mother. We then see future Randall and Tess as we've seen them before as Randall asks if Tess has called her mom to let them know they are on the way.

It seems the mysterious "her" is Rebecca. I don't know how I feel about this. Rebecca is probably dying in a home somewhere, and the idea of the pin-the-tail-on-the-donkey game makes me think she is stuck in a time when she played that game with the Big 3. Even though I am unsure how this will play out, I have a feeling it will be heart-wrenching.

Back in 2018, Kate and Toby find out they are having a boy! Will they name is Jack? Maybe that is too obvious, but that is yet to be determined.

Kate also decides she is going back to school to finish her degree. After some advice from her doctor, Kate decides to quit singing the "Adele-a-grams" because it has her sitting in a car for hours on end sometimes driving to and from gigs. She nearly becomes a high school chorus teacher, but then she cannot be hired because she does not have a college degree.

You got this, Kate!

No, we're not done yet. We're only in the middle. OK, speaking of middle, let's head back to Vietnam.

Kevin and Zoe are still trying to track down the mystery woman wearing the necklace in Jack's photo. After a nice conversation with the town "historian" of sorts, the man does not recognize Jack or the woman in the photo.

Kevin is disappointed and apologizes to Zoe for dragging her all the way to Vietnam to find out nothing more than they knew before. Zoe reminds him that they have walked the same village his father walked, and that maybe it's not their end of their journey. Maybe they're just in the middle. 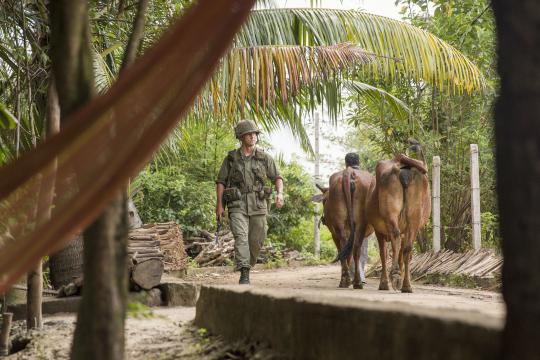 During the episode, we flash back to the war, where Jack is left with just two days to straighten out his brother. So far, it hasn't been working. One night under Jack's watch, Nicky steals some pills and gets high again. Nicky tells Jack he doesn't want to be sober here. It almost seems like a total loss.

Later, Nicky is missing. You hear a loud explosion. A boat out on the water exploded, and someone says they think a U.S. soldier is on it. Jack runs in to find him.

Back in real time, as Kevin and Zoe pack their bags, their helpful friend at the hotel tells them he looked up Nicholas Pearson in the Vietnam Memorial database, and that he isn't listed there. Nick Pearson did not die in Vietnam, at least not in the war.

Cut to a scruffy man man wearing glasses alone in a home looking through his mail. All of the letters are addressed to a Nicholas Pearson in Bradford, Pa.

According to my Google Maps search, he has been living about three hours from Pittsburgh for who knows how long.

Chills. Tears. I can't. How do the writers do this?!

I guess we will have to wait until 2019 for some more on this one.

'This Is Us' recap: A good old-fashioned road trip