'The call you never want to get': Parents relieved after false 911 call prompts lockdown at Carrboro elementary

Carrboro, N.C. — According to authorities, no one was injured and no active shooter was found after a 911 call prompted a lockdown at Carrboro Elementary School on Tuesday morning.

The all clear within an hour after the Town of Carrboro announced a report of an active shooter and locked down the elementary school and the Carrboro United Methodist Church and childcare.

Captain Chris Atack with the Carrboro Police Department said that shortly after 11 a.m., police received a 911 call that there was an active shooter at the school. Officers were on scene within two minutes.

In the 911 call, which was released Tuesday afternoon, an individual said there was a shooter at the school who was "running around the hallway."

Atack said that based on all of the information, there is no reason to believe there was ever an active shooter.

"We believe that was a false call," he said. "The investigation is continuing into the phone call."

Parents were notified with phone calls and on social media.

Rachel Heggen, a spokeswoman for the Town of Carrboro, said authorities had searched both schools, found nothing and released students and other children to their parents by 12:30 p.m.

Despite it being a false alarm, parents who came to pick up their children were undebatably shaken.

"I burst into tears because it's terrifying. It's the call you never want to get," said Jennifer Bills. 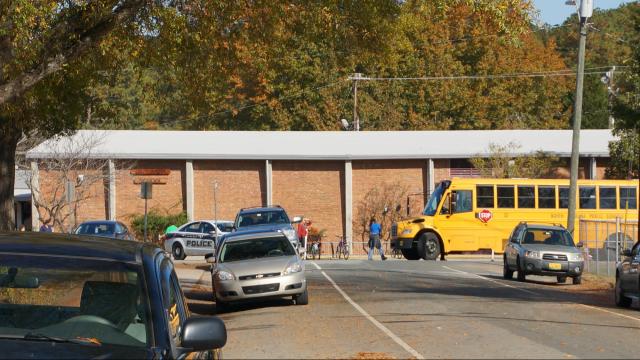 Parents rushed to a park near the town hall to reunite with their students.

"Honestly, what goes through my mind is 'I've been waiting for this to happen,' because why wouldn't it? It happens all the time," said Barbara Fedders.

Now, parents are struggling with how to explain the fear to their children. 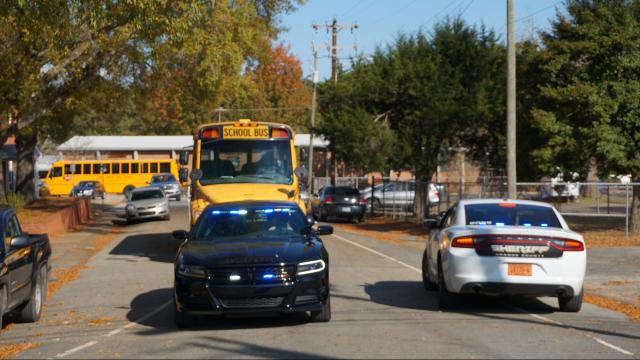 "Nothing bad happened and school is a safe place, but at the same time, is it?," said Fedders. "Can we protect our kids? We do our best, but there are forces beyond our control. All these mass shootings this year, it's terrifying."

"We were fortunate today that it was not a real incident," Atack said. "But again, we responded as if it was."