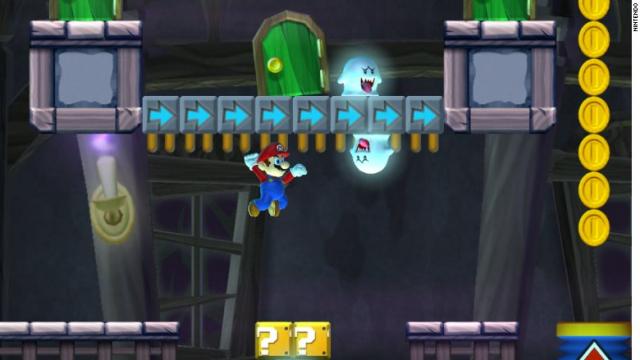 NEW YORK (CNNMoney) — Super Mario could be making his leap to the big screen.

Nintendo is close to a deal with Illumination Entertainment for an animated movie based on the popular video game franchise, "Super Mario Bros.," CNN has confirmed.

The deal, which was first reported by the Wall Street Journal, would bring one of the most familiar pop culture brands to theaters via Illumination Entertainment, which makes animated films for Comcast's Universal Pictures. The studio boasts a long streak of blockbuster hits such as "Despicable Me," "Minions," "The Secret Life of Pets" and "Sing."

Both Illumination Entertainment and Nintendo declined comment on this story.

The timing for a potential "Super Mario Bros." film couldn't be better since franchises from "Star Wars" to Marvel to "Harry Potter" are the current coin of the realm in Hollywood, scoring big buzz and big box office numbers. It would also be good timing since Nintendo, as well as the "Super Mario" brand, are in the middle of a resurgence.

Nintendo said last month that it expects to make $1.06 billion in operating profit for the current financial year, which is nearly double the $572 million it predicted three months ago. That would be its best performance since 2010.

This is thanks in large part to the success of its latest console, the Switch, which went on sale in March, and has exceeded sales forecasts.

A pipeline of popular "Super Mario" games have hit the market recently, with the mobile "Super Mario Run" and the Switch's "Super Mario Odyssey." The popularity of those games have helped reintroduced the decades old character to a new generation of gamers.

The prospects of new a "Super Mario" film is also a big deal because Nintendo has kept its intellectual property largely off movie screens for decades.

"Super Mario" was adapted for 1993's "Super Mario Bros." The live-action film, which starred Bob Hoskins and John Leguizamo as Mario and Luigi, was a commercial and critical bomb, but has since then gained a cult following.