Fayetteville, N.C. — On Friday at a Fayetteville hospital, a young woman and the man she saved from a savage dog attack were reunited.

Laura Scales, the wife of a Cumberland County sheriff's deputy, was driving on Clinton Road Wednesday afternoon when she saw a man struggling with a dog. She heard a faint call for help, and that was all it took to prompt her to pull over and intervene.

"The dog was tearing me apart," Clifford Locklear said. He is hospitalized, recovering from a broken hand and the loss of the tips of two fingers.

Scales called 911 as she jumped, clapping and yelling, from her vehicle.

"I felt helpless at that point," Scales said. Despite her worry that the dog might turn on her, she was able to distract the animal and get to Locklear. The dog's owner arrived about a minute later, she said.

"God just blessed me to be in the right place at the right time," Scales said.

After Melissa Norris, the dog's owner, pulled her dog away, Scales waited with Locklear for the ambulance.

'That dog was going to kill me': Fayetteville man recovering after life-altering dog attack

A Fayetteville man said he is happy to be alive after a dog attacked him, breaking one of his hands and costing him the tips of two fingers of the other hand.

Clifford Locklear said he was standing outside on Clinton Road on Wednesday afternoon when he said the pit bull mix appeared out of nowhere.

Locklear said the dog was all over him and had him on the ground when, thankfully, a woman stopped her car and helped him.

"If it hadn't been for her, I feel the dog would have killed me," Locklear said.

Eventually, Melissa Norris, the dog's owner was able to wrestle the pair apart.

Norris said a visitor failed to lock the gate behind them, and that's how the dog, Rockett, got out.

She says she rushed to get Rockett off of Locklear. 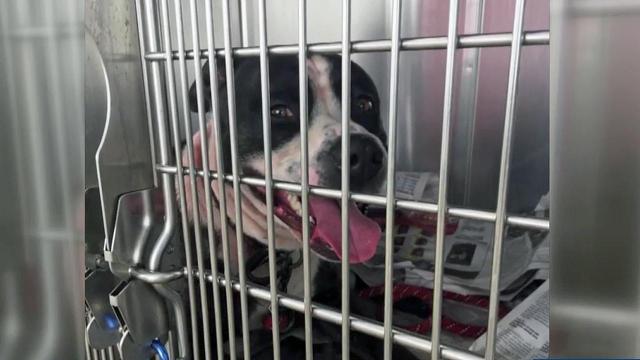 "I just tackled my dog to get him off of him, and I picked one of the end of his fingers up and put it in an envelope," Norris said.

Locklear said that he has had trouble with this dog before.

"The dog has attacked a couple of people already," he said. "That dog was going to kill me. I had trouble last year [with] the same dog."

The dog was taken by Cumberland County Animal Control after the attack and was put down on Thursday. The body will be tested for rabies.

The investigation continues to determine if criminal charges will be filed in the case.