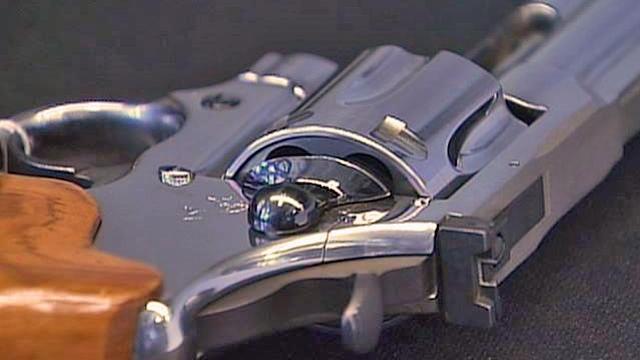 The conflict came over Senate Bill 89, a measure that started its legislative journey as an unrelated firearms bill. Committee leaders had planned to use it as a vehicle to clean up legislative language with regard to court administration. So, at the beginning of Wednesday's meeting, it had nothing to do with handguns.

Then Rep. Michael Speciale, R-Craven, put forward an amendment that would eventually get rid of a particular piece of paperwork in the process most North Carolinians need to follow in order to buy a handgun.

"We're looking at 100 or more days (of delay) in some counties," Speciale said.

The form in question is an authorization to check to make sure that a person has not been judged mentally incompetent or committed to mental care in every North Carolina county in which they've lived.

Much of that search has to be done by hand right now, but the Administrative Office of the Courts is in the process of digitizing that information and uploading it to the National Criminal Instant Background Check System, or NICS. Officials estimate the project should be done by the end of the year.

Speciale's amendment would phase out the background check form once that project is complete, since sheriffs will no longer need permission to search court records and will simply be able to get mental health information from NICS.

"We can come back when the records are all digitized," Insko said, saying it would be better to wait until the project was complete. "The symbolism here is just appalling."

"The timing could not be worse," she said. "I very strongly object."

Speciale dismissed the criticism about timing and symbolism.

"We're not trying to pull anything over on anybody," he said. "And symbolism? We're here to do the work of the people. It's a simple as that. People will see things the way they see them."

The committee approved, adding Speciale's amendment to the bill by way of a voice vote and then sent the measure on to the House floor.