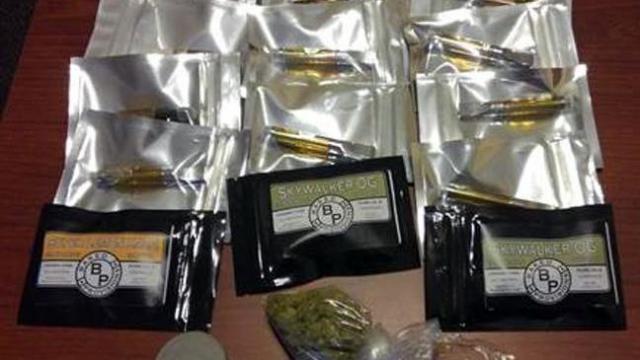 Pittsboro, N.C. — A man posting bond for a family member at the Chatham County jail on Monday got off without having to bond himself out as well when deputies charged him with drug offenses, authorities said.

Deputies were leaving a leadership training session at the jail when they "encountered the overwhelming scent of marijuana" coming from a vehicle parked outside, authorities said.

A search of the vehicle turned up a baggie of marijuana and 14 dosage units of THC oil, which is produced from marijuana plants.

Chatham County authorities said they have encountered THC oil in two recent cases. The material appears to come from California or other Western states and was packaged for use with an e-cigarette.

Military authorities recently cautioned about using marijuana-derived oils after dozens of troops and Marines were sickened at Fort Bragg and Camp Lejeune.

Deputies charged Frederick Perry, 31, of 153 Burnett Circle in Pittsboro, and John Keiser, 53, of 40 Davie Drive in Chapel Hill, with possession of marijuana and possession of drug paraphernalia and were released on written promises to appear in court.