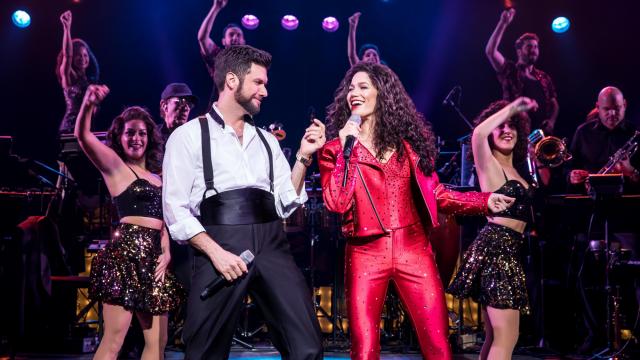 Durham, N.C. — There is a line in the Broadway musical "On Your Feet!" that consistently inspires audience applause.

The musical, which plays Durham Performing Arts Center next week, tells the story of singer Gloria Estefan and her producer and husband, Emilio Estefan. When the two present their American record label with their first English-language song, "Dr. Beat," it is met with resistance. The label executive wants them to stay in their lane - Spanish language music.

"Look at my face. Whether you know it or not, this is what an American looks like," Emilio (played by Mauricio Martinez) says. The phrase "This is what American looks like" has become synonymous with the musical - appearing on its merchandise. In the current political climate, these words have also become a battle cry. 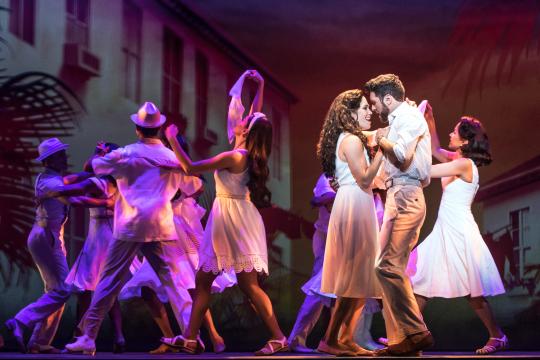 The Mexican actor and recording artist made his Broadway debut this summer in On Your Feet. He got the role after being hand-selected by the Estefans to audition for the role.

"I was living my life and having my career in Mexico and then the casting director emailed my manager," Martinez said.

At the audition he met the man he would play on stage.

"Being around Emilio is inspiring," Martinez said. "It is so great getting to know his family. I'm like a sponge absorbing everything - how he smiles, how he talks."

At first it was intimidating, but Martinez soon grew close to the couple. 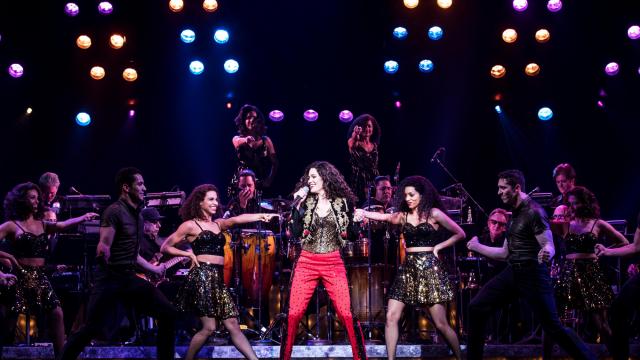 "(Emilio) has become a friend that gives advice. It's fun and nice to honor him and Gloria night after night," Martinez said.

On Your Feet is, at its heart, a love story set to the Estefan's extensive musical catalog.

"It’s a great story. The music is almost as if they aren't pop songs. It doesn't feel like a 'jukebox' musical. It's so much more than that," Martinez said, noting the famous songs (including "Don't Want to Lose You" and "Anything for You") almost feel written for the show. 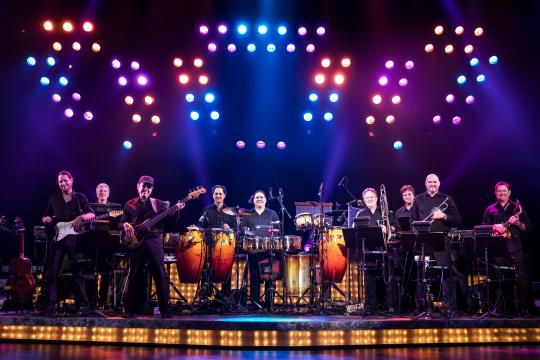 The show gets a little help capturing that classic "Miami Sound Machine" sound from five original members of the band, who play nightly in the orchestra.

The production seamlessly moves through Gloria's childhood years, Emilio's youth, their successes and failures and the 1990 tour bus accident that left Gloria with a broken vertebra.

Martinez took over the Broadway role in July until the show closed in August. Now, he is continuing the role in the touring production. Previously, all Martinez knew of the United States was Los Angeles, New York and Miami. He is enjoying the opportunity to see the country, sightseeing and getting to meet people in each city.

"The culture. People do come to the theater and enjoy it. The houses are packed night after night. That is a blessing that not every country has," Martinez said. "It is beautiful to see all the faces smiling." Night after night, Martinez said the show's message rings true.

"It is necessary for stories like this that inspire and uplift and remind people that the American dream is still possible," he said.