Raleigh, N.C. — For weeks now, mail delivery complaints have flooded into WRAL’s 5 On Your Side from across the Triangle.

The problem started well before the busy holiday shipping season, but some say it seems to be getting worse.

Brookwood neighbors in south Raleigh joke about what they call "No Mail Mondays."

There's tremendous population growth across the Triangle, more online ordering than ever, and the Postal Service is facing staffing and funding challenges, making it hard for postal carriers to keep up. 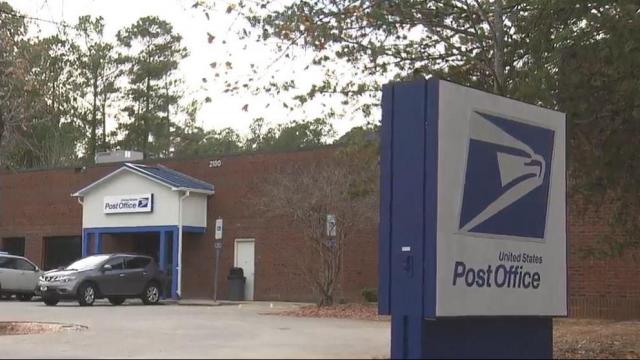 That motto linked to postal persistence: “Neither snow nor rain nor heat nor gloom of night” doesn't exactly deliver for frustrated Triangle mail customers.

Lacey Frownfelter echoes the complaints of many who've reached out to WRAL: they are taxpayers who feel they should be able to count on the mail.

“It's frustrating to know that this organization can't get it together,” Frownfelter said.

That sentiment is facilitated through neighborhood websites like NextDoor, where complaints are exploding across the viewing area.

Laura Lauricella often orders online for her growing family, and she said two or three days can go by without any mail being delivered to her residence.

She complained to her local postal manager at Lake Dam Road about missing packages and a lack of consistent carriers and didn't get the answers she was looking for.

“She says they're short staffed and the mail carriers have an eight-hour max,” Lauricella said. “So, if they've hit their max and they haven't gone to your neighborhood, too bad so sad.”

Rhonda Phearsdorf said she often gets the wrong mail and sees serious delays with outgoing and incoming mail, including important bills.

“Just recently, we only get our mail three days a week,” Phearsdorf said.

“There have been several times where I've had to contact my landlord and say the rent check isn't going to arrive on time because the mail truck never came,” Frownfelter said.

WRAL News wanted context for these complaints, but the Postal Service didn't answer any specific questions, instead issuing the following statement:

“The Postal Service recognizes that consistency is paramount to our customers and we remain committed to providing the service they expect throughout the year.

The Postal Service is continuing to meet the peak holiday demand. We have planned for this holiday season all year long, hiring seasonal workers, flexing our network and expanding delivery hours to accommodate increased volume. The Postal Service touches every home and business in America and we expect to deliver more than 15 billion pieces of mail nationwide during the holiday season, our busiest time of the year.”

But as taxpaying citizens, customers say they deserve to receive their mail more consistently.

“There's a problem, and it's not being addressed, and it seems like higher ups are just throwing up their hands and saying we can't do anything about it, and that's just not acceptable to me,” Frownfelter said.