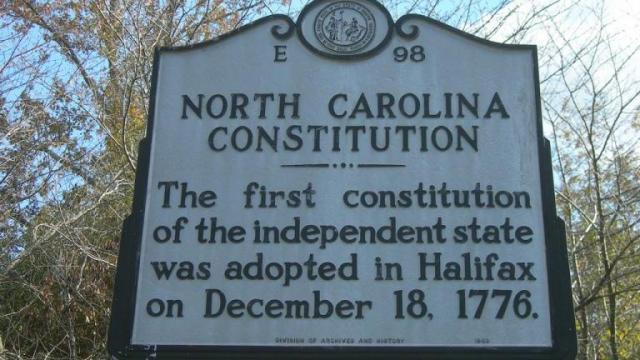 Raleigh, N.C. — The General Assembly may ask state voters to widen victims' rights in the state constitution, adding more crimes that would trigger notice provisions and allowing victims to file legal motions when they feel the system has failed to meet its obligations.

House Bill 551 is known as Marsy's Law, named after a woman killed in 1983 in California. Her family happened across her accused murderer a week later in a grocery store but hadn't been notified of his pre-trial release.

The North Carolina Constitution already lays out basic victim rights, including the right to be informed of court proceedings, to be present for them and to be heard. This legislation would expand notice requirements to more offenses, including all felony property crimes and crimes against a person, a broad category that covers threats.

The same notifications and other rights would apply to crimes committed by juveniles, which are called "delinquent acts" in North Carolina law.

District attorneys and the state Administrative Office of the Courts have expressed some concerns with details in the bill, partly because repeated notifications may be needed for routine hearings, causing delay in the criminal courts. Details of implementation would be handled, in part, by separate legislation should voters approve the proposed constitutional amendment, making it difficult to predict exact effects, Wake County District Attorney Lorrin Freeman said.

"We don't know until we get into it," she told lawmakers Thursday.

Language in the bill that allows victims to file motions with the court to assert their rights could prove problematic in cases where there's a disagreement over how to proceed in the case, which sometimes happens in domestic violence cases, Freeman said.

The measure has already passed the House, and it got a hearing Thursday in the Senate Judiciary Committee. No vote was taken, but it could moved to the Senate floor next week. It will take three-fifths support in the General Assembly and a successful statewide voter referendum to write the changes into the state constitution.

Rights of victims of crime

(1)   Basic rights. Victims of crime, as prescribed by law, shall be entitled to the following basic rights:

(a)   The right as prescribed by law to be informed of and to be present at court proceedings of the accused.

(c)   The right as prescribed by law to receive restitution.

(d)  The right as prescribed by law to be given information about the crime, how the criminal justice system works, the rights of victims, and the availability of services for victims.

(e)   The right as prescribed by law to receive information about the conviction or final disposition and sentence of the accused.

(f)   The right as prescribed by law to receive notification of escape, release, proposed parole or pardon of the accused, or notice of a reprieve or commutation of the accused's sentence.

(g)   The right as prescribed by law to present their views and concerns to the Governor or agency considering any action that could result in the release of the accused, prior to such action becoming effective.

(h)   The right as prescribed by law to confer with the prosecution.

(2)   No money damages; other enforcement. Nothing in this section shall be construed as creating a claim for money damages against the State, a county, a municipality, or any of the agencies, instrumentalities, or employees thereof. The General Assembly may provide for other remedies to ensure adequate enforcement of this section.

(3)   No ground for relief in criminal case. The failure or inability of any person to provide a right or service provided under this section may not be used by a defendant in a criminal case, an inmate, or any other accused as a ground for relief in any trial, appeal, postconviction litigation, habeas corpus, civil action, or any similar criminal or civil proceeding. (1995, c. 438, s. 1.)