Raleigh, N.C. — Losing someone is hard enough, but losing someone to murder is impossible for most people to wrap their heads around.

Sixteen years ago, Stephanie Bennett, a young woman just starting out in life, was raped and murdered in her Raleigh apartment by a stranger. Her aunt, Kaye Bennett, has written a book about her journey through grief to peace, which she hopes will inspire others.

“There’s been a lot of loss in our family,” Kaye Bennett said.

Kaye Bennett remembers her niece as a quiet, little girl holding her hand.

“She was sweet that way. She had a real sweet spirit,” Kaye Bennett said.

Kaye Bennett also lost her brother, Richard Bennett, and her nephew, Jay Bennett. Jay Bennett, who was Stephanie Bennett’s brother, died from the effects of alcoholism in 2014. It was after his death that Kaye Bennett started writing.

“It actually gave me a purpose in my life that I needed,” she said.

Drew Planten, an employee for the North Carolina Department of Agriculture, was charged with Stephanie Bennett’s murder in 2005, after DNA at the scene linked him to the crime. Planten killed himself in prison before trial, leaving Bennett's family without the answers they sought. 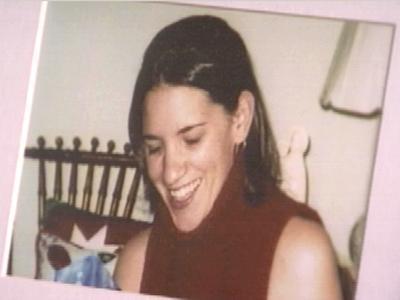 “Crime hits home when evil has affected your life the way it affected ours. It’s not news, it’s not a story, it’s real, and it hurts,” Kaye Bennett said.

Kaye Bennett wrote “Jesus Decides” to give others a blueprint for how her faith helped her cope with the losses.

“I want them to know that other people have gone through what they’re going through and that they can’t do it alone and that their faith in Jesus is what’s going to get them there. It’s what got me through it,” she said.

The book is available on Amazon, and Kaye Bennett has already received a lot of positive feedback from people who said it’s helped them deal with their grief.

Stephanie Bennett's legacy lives on through a memorial scholarship fund. Every year one student from Franklin County High School in Virginia where she is from is awarded $7,500 to attend her alma mater, Roanoke College.