Durham, N.C. — Success comes with a price, and businesses along Durham's Ninth Street District are now having to pay.

The streets near Duke University’s campus have always been popular, but several businesses are complaining the higher demand has increased rent prices tremendously.

Jalil Belmouloud, the owner of Francesca's Dessert Caffe, says his landlord told him his rent could double, so he packed up and moved out.

A longtime Ninth Street establishment CLOSED after more than three decades in business.

Owner told me that’s because landlord said rent could DOUBLE.

Other #Durham local biz owners worry it could be a trend. Story on #WRAL. pic.twitter.com/2IPCHYl4uO 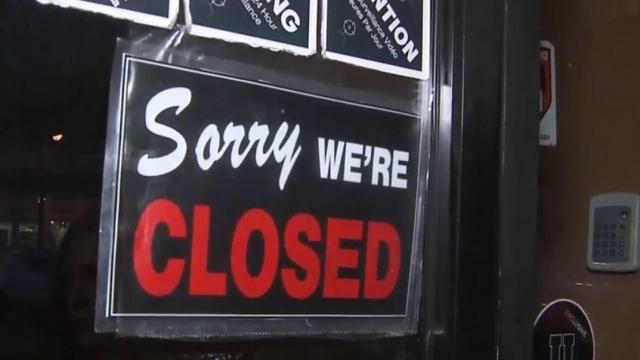 The restaurant, under different owners, has been on Ninth Street for more than 30 years. Belmouloud has owned it for around five years.

"Couples showed up with their 25- or 30-year-old daughter or son telling me they had their first date here," Belmouloud said.

WRAL News tried to contact Real Estate Associates, which was Belmouloud's landlord, but the company didn't respond to a request for comment.

"The owner is just one of the nicest men I've ever met," Waterfield said. "You go in, and he's practically shoving the spoon at you to try all his gelatos, not just one, but all of them."

Waterfield worries that by losing a business like Francesca's, Ninth Street is losing part of the quirky charm that makes the district so unique.

"We always ended date night or hangout night at Francesca's," Waterfield said. "We would go in, get some gelato, some coffee. It was a great place to hang out."

He's concerned enough about Francesca's closing that he wrote an email to the Durham City Council. He doesn't want to see Ninth Street lose its beloved, quirky charm.

The head of the Nine Street Merchant's Association said rising rents are a concern for many in the area.

"When you go there, you know your money is going back into the Durham economy," Waterfield said. "It's just not the same. It's not Durham-y. You lose a little of the soul of the city."

Belmouloud said the city's two-hour parking makes it hard to compete with chains down the street that are able to offer free, unlimited parking. He hopes to find a new space for the restaurant.