With starting pay for teachers around $35,000 a year and little opportunity to increase their salaries, many say it is difficult to find anything affordable that is safe and comfortable.

In her fifth year of teaching, Katrina Barnes says she struggles daily to make ends meet. She says for a single mom of three, paying rent is a strain and not long ago, it was impossible. 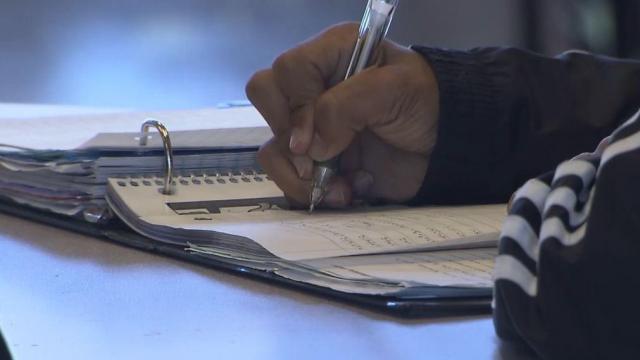 "I am definitely stretching to make it work," Barnes said. "As a teacher, I've actually been homeless, which is part of the reason that I wanted to do this. I was homeless for three years, and I've still worked. But no one ever knew."

In 2013, she lost her house. Then, couldn't even afford her storage unit fee.

"I really lost everything. I had a house originally. My washer, my washer, my dryer. I lost all of those things," she said.

Barnes was lucky she and her kids could live with a cousin. Teachers having difficulty paying rent is not a unique problem.

Ashley Smalls is a science teacher at the City of Medicine Academy. She's getting a little more than the typical starting salary of $35,000, but with rent and student loans, she had to take on a weekend job, meaning she works seven days a week.

Some teachers said if the proposed affordable housing happens, they can focus more on their students, rather than their finances.

The development would be a partnership between the State Employees Credit Union, a nonprofit called CASA, and Durham Public Schools.