'Home' for refugees: No jobs, no school, no medical care 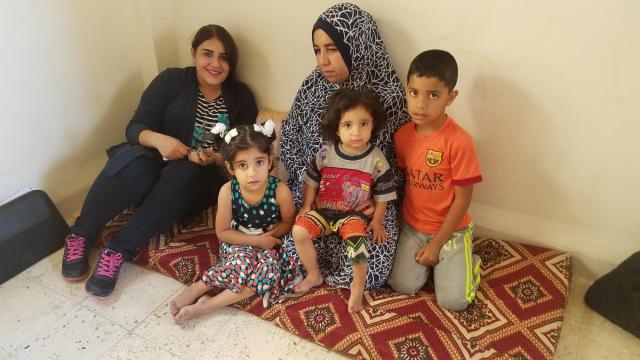 EDITOR'S NOTE: Ned and Marian Walsh of Johnston County traveled to Jordan, a country where he did missionary work as a young man, to aid, teach and share the stories of Syrian refugees – the "collateral damage" of that country's on-going civil war.

Marian Walsh wrote about her visits with refugee families in her trip diary.

Today we made three "home visits." These are refugee families who have made contact with the Collateral Repair Project, are unable to work due to Jordanian law, are behind in their rent, lack funds for food and are unable to keep their children in a public Jordanian school.

One family had six children – ranging from teens to infants – among them a 12-year-old son, badly deformed from birth but with a sharp mind. In Syria at the time of his birth, the family had been advised not to allow him to live.

He needs multiple surgeries to correct the deformities which do not allow him to walk, use his hands or to normally chew solid foods. His family cannot afford such an expensive medical cost nor is there such medical assistance in Jordan. His only hope is to travel to another country.

None of the children is in school since these refugee children must pay a public school tuition which this family cannot afford.

This family was a victim of the sectarian violence in Iraq. They are believers in a spinoff of Islam known as Mandaeism, a splinter group strongly rejected and defined as a cult. They are called Mendaeans.

This family is desperate. They have fled with nothing!