'He knew what is took to succeed:' Youngsville holds memorial for local soldier

Baldridge's father, brother and girlfriendattended the service. They said it's not just about Bladridge, but honoring all of those who have made that ultimate sacrifice.

"He was brave. He was a warrior. He was a sheepdog. He was from Youngsville". Town remembers fallen hometown hero. #wral pic.twitter.com/CSeTkuUO1L

"He was humble, and he knew exactly what it took to succeed," Young said.

The community gathered to remember how he lived.

Zachary Palmer fought back tears as he recalled the last conversation he had with his brother. 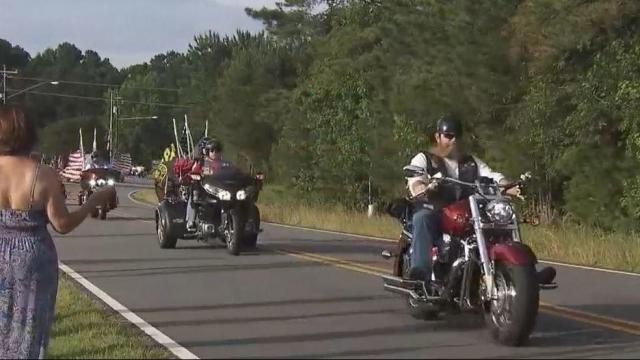 "Right before he left, I told him my plans for enlisting in the Air Force, which I'm currently doing right now," he said.

"And he told me to go for it. He got really excited about it. So I'm following through with that promise I made him."