'He just came out with two guns and started shooting,' says wife of Johnston man accused of triple murder

Dunn, N.C. — Tina Martinez says there was nothing unusual about the night of Nov. 12, which is when her family was sitting in the den of their Johnston County home and chatting before her husband of six years, Armando Martinez, looked at her with a strange look in his eye.

"He just got a wild look in his face," she says. "Something we've never seen."

The man argued briefly with her daughter before the gunfire began a few minutes later, Tina and law enforcement authorities say.

Armando Martinez, 40, opened fire on his family while they were inside their home on Woods Crossroads Road in Dunn about 9 p.m. on Nov. 12, authorities and relatives say . Before it was over, two of Tina Martinez's daughters and one of the girl's fiance, were dead. 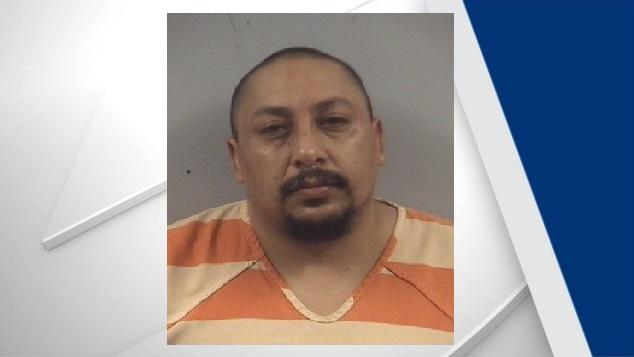 "He just came out of the room with two guns and started shooting," Tina Martinez said. "I just hollered at him, 'stop honey, stop, stop shooting! Stop honey please!"

Tina Martinez's daughter, Pamela Ramos, 32, and her fiancee, died on the floor in the den, which is now marked by small shrines that show where the killings occurred.

Tina Martinez's other daughter, Jessica Agular, 26, was shot before she and ran outside, which is where she died with her critically wounded husband by her side.

Said Tina Martinez: "She died protecting me. She threw her arms up and she protected me."

Deputies said Martinez fled from the scene in a red 1996 Chevrolet S10, which belonged to one of the victims, officials have said. Martinez was arrested after wrecking the vehicle in Harnett County.

Man charged in killing of 3 relatives, friends at their Dunn home

Armando Martinez remains in the Johnston County Jail as of Wednesday.

"I can't judge him," Tina Martinez said. "Only God can do that."

She said she cannot reconcile this man with the loving husband who has cared for her through kidney failure for the past decade and was never violent.

Martinez said she recently discovered someone with no connection to the family had posted a GoFund me page in her daughter's memory, a fraud that only adds to her pain.

"She didn't die for somebody to try and make money off of her," Tina Martinez said.