‘He Dislikes Us Less Than Everyone Else’ 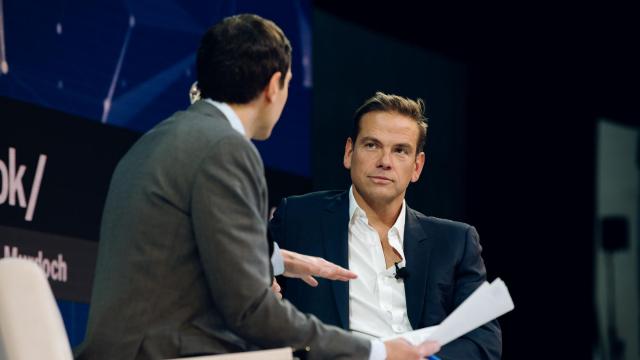 NEW YORK — Lachlan Murdoch was named chief executive and chairman of his family’s new television business shortly after his father, Rupert, sold most of the empire to the Walt Disney Co. this year.

Making a rare public appearance last week at the DealBook conference, Murdoch examined the family’s latest round of deal-making and his plans for the businesses that will be left over, including Fox News.

The powerhouse network has come under heavy criticism for its close ties to the Trump administration. President Donald Trump often calls into its morning show, “Fox and Friends,” or speaks privately with its prime-time star Sean Hannity. To many, the White House and Fox News appear to be engaged in a feedback loop, and critics say Fox News, and the larger Murdoch TV business, is actually a red-state media organization.

“I think about it as an all-state media organization,” said Murdoch, 47. Later, he added: “We program to everyone. It’s to the coasts, but also everywhere in between.”

He cited figures that showed more Fox viewers are tuned to its sober news segments than to the fiery opinion hours. “I think a lot of people don’t realize that,” he said.

And what does he think about the fact that Trump likes Fox News so much?

“I think he dislikes us less than everyone else,” Murdoch said. Referring to a couple of anchors and correspondent Geraldo Rivera, he added, “If you look at Shepard Smith, if you’ll look at Chris Wallace — Geraldo was on ‘Fox and Friends’ this morning criticizing the president — there are huge hours a day with guest contributors who don’t agree with President Trump.”

Murdoch considers himself a conservative “on the economics of the policy, and more liberal on social policy,” varying positions that serve him well as the head of a media organization. “You need to be an independent thinker,” he said.

Ken Auletta, a writer for The New Yorker who was in the audience, asked Murdoch if he planned to make any changes at Fox News given that his own politics appear to be at odds with what typically appears on the network’s prime-time broadcasts.

“I don’t tell journalists what to say, or what to write,” he said, invoking what he suggested was the kernel commandment for all news proprietors. “That’s not my role.”

More bluntly, Auletta asked, “I understand that you don’t tell them what to do, but are you embarrassed by what they do?”

“No,” Murdoch said. “I’m not embarrassed by what they do at all. You have to understand that Fox News is the only mass-media company in America with strong conservative opinion in prime time. It’s the only one. Frankly, I feel in this country we all have to be more tolerant of each other’s views. That goes for everyone.”

Murdoch also said he didn’t envision changing the Fox News anchor desk anytime soon, including the possibility that Megyn Kelly, the former host of the third hour of NBC’s “Today” show, might return to the fold.

“I’m a big fan of Megyn’s,” he said. “I like her a lot. We didn’t want her to leave Fox when she did. Having said that, I am very happy with our current lineup on Fox. We won’t be making any changes there.”

In addition to Fox News, the businesses that will remain under the control of the Murdochs after the close of the Disney deal are the Fox Broadcasting network and the FS1 cable sports network, making it a much smaller empire.

The Murdoch family still has effective control of a large publishing business within News Corp, a roster that includes The Wall Street Journal and The New York Post, as well as The Times and The Sun in Britain.

Asked whether he sees the possibility of other sales, in particular The Journal, he said, “I never thought we’d sell the TV studio, the film studio, so who knows?” In the next breath, he said of his father: “He loves journalism. He loves The Wall Street Journal and what it represents.”