'God put me here to do this': Pioneering pediatric surgeon hopes to train others at UNC on life-saving procedure

Chapel Hill, N.C. — For years, Dr. Andrea Hayes-Jordan was the only person in the world performing a surgery to save children with a rare cancer.

“These kids with cancer are amazing. They enjoy every moment. They’re always happy. You wouldn’t know that they’d been through chemo for months and years," she said. "I really believe God put me here to do this."

Hayes-Jordan knew her calling at a young age.

"My mother tells me that from the time I could talk I wanted to become a doctor, and specifically a baby doctor," she said.

The Los Angeles native excelled in college and medical school at Dartmouth College. It was when she decided to focus on pediatric surgery that she was met with rejection. 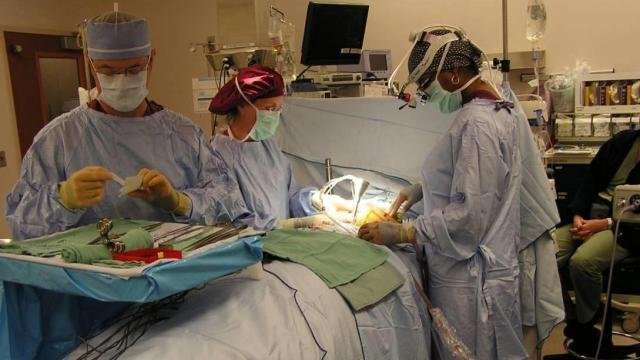 After the third time, her mentor stepped in.

“And said, ‘hey she’s very qualified, she’s wonderful, why haven’t you accepted her?’ And one of the surgeons said, 'We just can’t take a chance on a black woman,'" Hayes-Jordan said. “In 1998, you wouldn’t expect that there were no black female pediatric surgeons in the United States. So, this was quite a hurdle to clear.”

Ultimately, she went to a training program in Toronto, and in 2002, she became the first black, female, board-certified pediatric surgeon in the U.S.

She started at St. Jude's Hospital working with children with cancer and then narrowed her focus to a specific cancer that affects the abdomen.

The survival rate for this type of cancer was 15 percent at the time.

“I had to go out and talk to those parents and tell them there was nothing we could do for that child," Hayes-Jordan said. 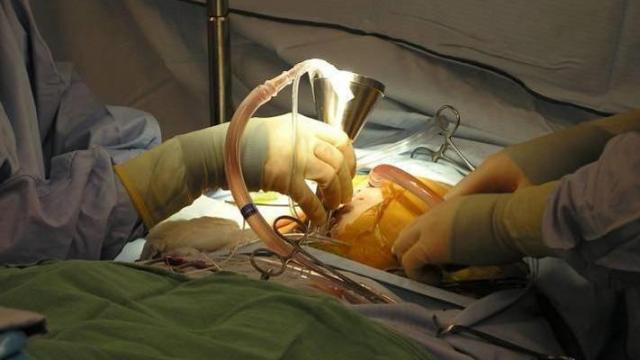 Married and a young mother herself at the time, she said she felt moved to try a new procedure.

“Even though I wasn’t sure of the effectiveness, I was sure that doing nothing wasn’t going to make anything better," she said.

Hayes-Jordan became the first surgeon in the world to attempt an exhausting procedure to physically remove hundreds of tumors from a child's abdomen.

After removal, she washes the abdomen in very hot chemotherapy to kill what's left behind. The procedure worked.

“I still keep in touch with the first patient that we saved. And he’s now in college," Hayes-Jordan said.

For several years, Hayes-Jordan was the only surgeon capable of doing the procedure. Patients from around the world traveled to see her in Houston before she was at UNC.

At UNC, Hayes-Jordan hopes to train more surgeons on the procedure and spend time researching what causes the disease.

When asked how many children she's saved Hayes-Jordan says:

“I didn’t save the child. God has saved the child, and God is continuing to use me to understand this disease. And we still have a long way to go."