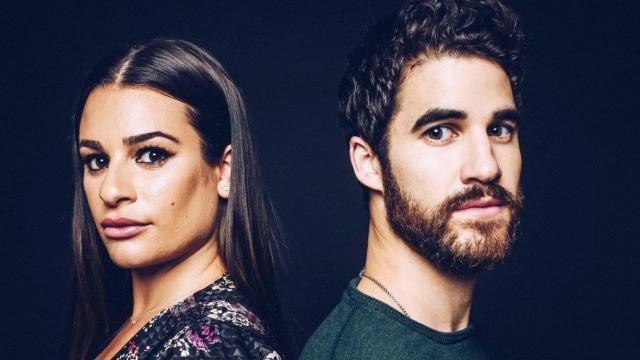 Durham, N.C. — When "Glee" alums Lea Michele and Darren Criss take the stage at Durham Performing Arts Center later this month for the LM/DC Tour, fans can expect a walk down memory lane.

The two became friends on the popular Fox show and continued that relationship when the show ended in 2015.

"We love singing together. We love spending time together," Michele said. "We do a lot of benefit performances and charity events, and so we really felt that there was something really quite special that happens when the two of us sing and we wanted to bring that to the stage put together a proper show for everyone. It is just and opportunity for us to have fun together, perform together and really kind of reminisce about that time we had doing 'Glee' together."

It's also a chance to talk wedding planning. Both are newly engaged - Michele got engaged to boyfriend Zandy Reich in April, and Criss proposed to his girlfriend of seven years, Mia Swier, in January.

"Darren has the most incredible fiancée. I've been waiting for them to get engaged for forever," Michele said.

It's also nice to have a good friend to hang out with on the road.

Mia and I have had seven and a half years of fun, wacky, wonderful, CRAZY adventures together. And I’m happy to announce that we’re kicking those adventures up a notch. We’re goin for it. To boldly go where neither of us have gone before. Engage. 🚀💍🖖

"It's been great," Michele said. "I went on tour last year to promote my second record and it was an incredible experience, but touring can be quite lonely, and having the opportunity to go with one of your good friends and have that support and fun is so great."

Fans can expect Michele to perform a couple songs from both her albums, Louder and Places, in addition to some of her favorite pop songs.

Criss recently released his first solo project in more than seven years. The five-track indie EP Homework debuted at the top on Billboard’s Heatseekers Chart while SiriusXM described it as a “nice hybrid of early Elton John and Ben Folds.”

Fans can also expect both performers to dip into their Broadway roots. Michele has appeared in "Les Misérables," "Ragtime," "Fiddler on the Roof" and "Spring Awakening." Criss has starred in "How to Succeed in Business Without Really Trying" and "Hedwig and the Angry Inch."

The LM/DC Tour stops at Durham Performing Arts Center on June 30. Tickets are on sale now.