Durham, N.C. — While the day ended with one arrest, police said Friday's demonstrations in downtown Durham ended peacefully and with no injuries.

Hundreds chanted and marched in response to a rumored Ku Klux Klan rally at the site of the statue of a confederate soldier that was damaged Monday.

For hours, streets and businesses were closed, and officials said to avoid the downtown area. Activists flooded the streets chanting: "No hate, No KKK, no racist USA."

William D. Fulton, 23, of Durham, was arrested during the demonstration at Durham Police Department headquarters. He has been charged with failure to disperse. 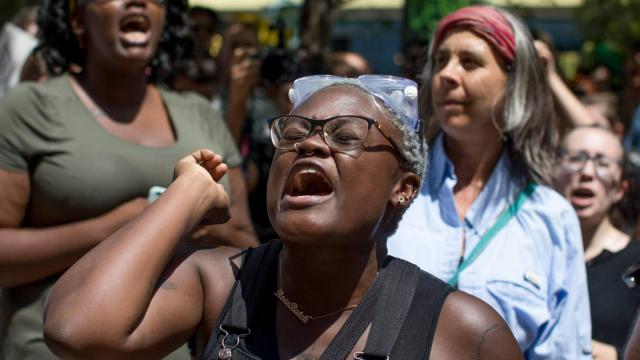 “The Durham Police Department respects our residents’ right to peacefully assemble and exercise their First Amendment right and we appreciate those who adhered to those values today,” said Police Chief C.J. Davis.

“I want to thank our DPD officers, the Durham County sheriff’s deputies, the N.C. Highway Patrol, and multiple other public safety partners who ensured participants and observers remained safe during today’s events.”

"It's emotional to see history repeat itself in a bad manner," Ruffin said. "That is the emotional part about it." 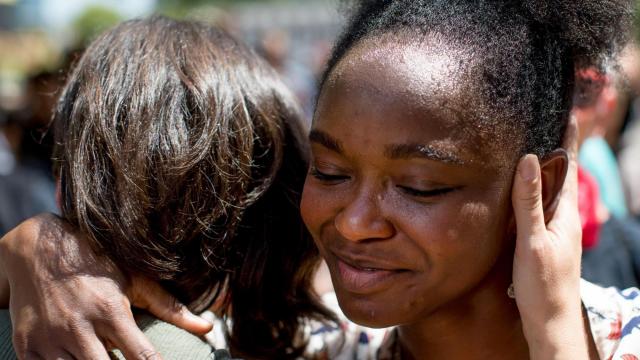 "I was a little frightened to come here at first, hearing about the potential KKK rally," protester Dustin Colson said.

"There should be no white supremacists in America," Colson said. "This is 2017. It is way too late for us to be still arguing about these issues."

After protesting for hours outside the old courthouse, the crowd moved through the downtown streets, stretching for blocks.

"We have old folks, young folks, black folks, white folks. This is America in the future," one demonstrator yelled.

Demonstrators stopped at the jail, and then moved to the Durham Police Department, where they were met by police resistance.

Officers in riot gear pushed the crowd back by walking in a line through the streets. 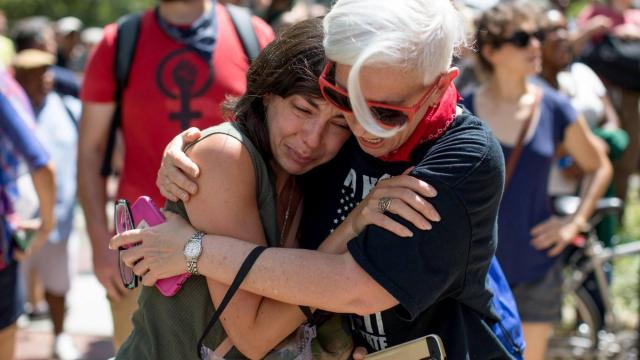 Mary Crain said she was upset about the vandalism she saw at the site of the damaged confederate soldier.

She also feels authorities have not done enough to stop it.

"This is a hate crime. They say it is about love. I see no love out here whatsoever," Crain said.

Ruffin said their fight will not end in Durham.

"We are going to continue to fight until racism is completely dead," Ruffin said. "That is what is going to happen."