'Education is possibility:' From African orphanage to Wake Tech

Garner, N.C. — Eddie Mutebi is still struggling to believe the fairy tale that saw him go from African orphan to ambassador for Wake Technical Community College.

Mutebi, who is from Uganda, lost his father and then his mother to HIV/AIDS when he was just 11. An aunt took him in, but, he says, she was abusive and would beat him until he bled.

"I kept on praying to God: 'Why don't you make a way for me out of this?' I felt like I was in a place where I wished I could die," Mutebi said.

Eventually, a church helped place him in an orphanage.

"At the orphanage, I was able to feel like a normal child again," Mutebi said.

He began to study and was connected with American sponsors who helped pay for his education, first in Africa and now at Wake Tech, where he was recently named a school ambassador.

"Our ambassador group is probably the most prestigious group on campus," said Wake Tech Director of Admissions Services Michelle Lair.

Mutebi is one of 17 Wake Tech students selected to the group. They represent the college at various events.

Lair said Mutebi is an inspiration.

"Probably of the biggest messages, at least for me, that I hope he is able to share is that education is a possibility," she said. "It doesn't matter where you start, it's where you finish." 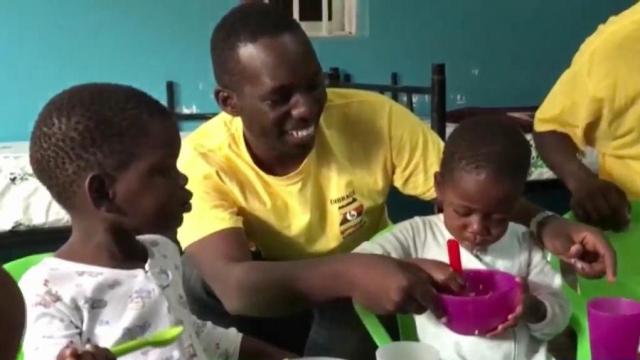 Mutebi has returned to the orphanage in Uganda to give back, and he plans to use his education to help children there in the future.

The nonprofit Embrace Uganda is hosting Mutebi while he is in the United States on a student visa. The Wake Tech ambassador program will enable him to study for free. Tuition is covered through the program.