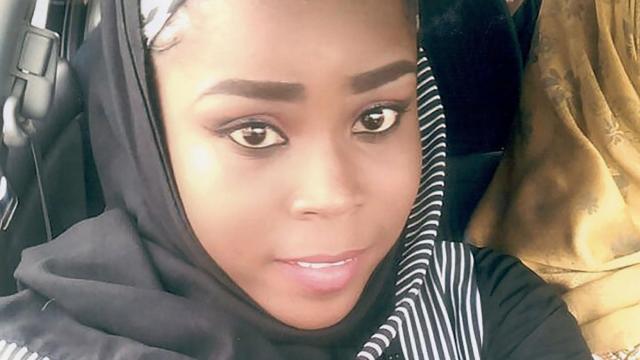 (CNN) — An aid worker who was held hostage by Boko Haram for seven months has been executed after a deadline for negotiations expired, the Nigerian government said.

Nigeria's Minister of Information and Culture, Alhaji Lai Mohammed, described the killing as "dastardly, inhuman and ungodly, saying nothing can justify the shedding of the blood of innocent people."

Hauwa Mohammed Liman was kidnapped alongside two International Committee of the Red Cross (ICRC) aid workers seized by a faction of Boko Haram in March this year during an attack on a military facility.

She was working in a hospital supported by ICRC in a displacement camp in the remote town of Rann outside Maiduguri in Borno State.

Liman was the second aid worker murdered in as many months.

In September, Saifura Hussaini Khorsa, 25, was executed by the militants.

After initially saying it had not independently confirmed the reports of her death, the ICRC later released a statement Tuesday saying it had received information indicating that Liman has been killed by her captors in "a despicable act of cruelty."

"The news of Hauwa's death has broken our hearts," said ICRC's Regional Director for Africa, Patricia Danzi in a statement.

"We appealed for mercy and an end to such senseless murders. How can it be that two female health care workers were killed back-to-back? Nothing can justify this."

The ICRC described Liman as "a sociable, dynamic and enthusiastic woman who was much loved by family and friends. She was truly dedicated to her work helping vulnerable women in her family's home area."

Lai Mohammed said the Nigerian government had kept all lines of communications open with her abductors, and it had always acted in the "best interests" of the hostages.

''It is very unfortunate that it has come to this," Mohammed said.

"Before and after the deadline issued by her abductors, the Federal Government did everything any responsible government should do to save the aid worker," he said, adding that, the government will continue working to free the remaining hostages.

A Nigeria spokeswoman for ICRC, Aleksandra Matijevic Mosimann, earlier told CNN they received an ultimatum from the militants on September 16 when the group also issued a threat against schoolgirl Leah Sharibu, whose parents confirmed to CNN she was "facing a death sentence."

Mosimann said the ICRC does not negotiate with terrorists.

Around 3,000 aid workers, most of them Nigerian nationals, work in Nigeria's northeast.

Boko Haram fighters who have waged a decade-long war in the region regularly attack such camps with gunmen and suicide bombers.