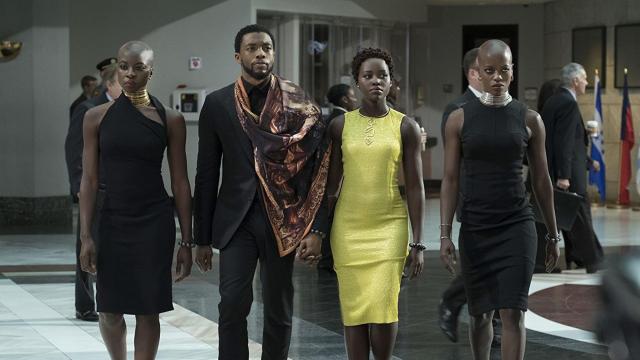 The superhero mega-hit "Black Panther" won for outstanding performance by an ensemble in a motion picture at Sunday night's Screen Actors Guild Awards.

The actors were shut out of any individual nominations, but that didn't seem to matter when the cast, led by star Chadwick Boseman, took to the stage to accept the event's top prize.

Touching on the cultural impact of the film, starring a black cast, Boseman delivered a powerful speech that included a reference to Nina Simone's legendary song, "To Be Young, Gifted and Black."

But it was what Boseman said at the close of his speech that has fans most excited.

Backstage after their win, some members of the cast talked about a follow to "Black Panther."

"I think it's a movie that stands against all film across the board," Michael B. Jordan said. "So yeah, I think if there was an opportunity [for a sequel], I think everybody would be pretty excited to come back around."

Brown also shouted out the Marvel team and its head, Kevin Feige.