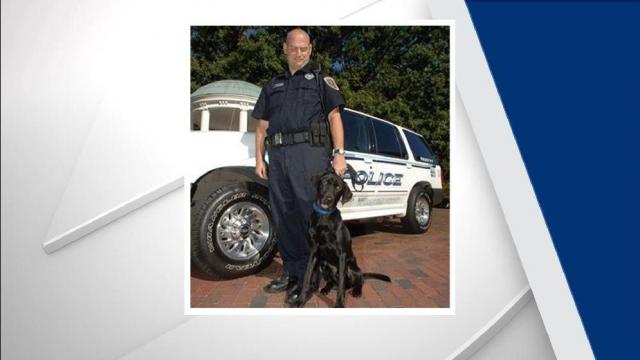 The police dog served the UNC-Chapel Hill community from 2007 through 2015.

"A lot of treasured personalities have walked the hallowed halls at UNC or graced Tar Heel courts and playing fields, but among the most universally adored to call Carolina home was Buddy," a UNC Police spokesperson said in a statement.

The Labrador Retriever was trained in explosives detection and was certified through the International Police Work Dog Association.

"Buddy" spent retirement years in the care of his longtime handler, Lieutenant Mosher.