'Ant-Man and the Wasp' caps off Marvel's blockbuster year 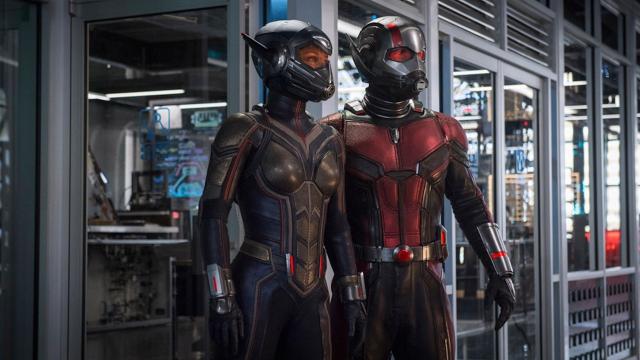 That may not seem like a lot for a Marvel movie. After all, "Black Panther" made that much in a single day in February. Still, a $75 million opener is nothing to sneeze at and it only looks ant-sized in a universe where massive openings upwards of $200 million have become the norm.

Over the last decade, Disney's Marvel Studios has created an interconnected cinematic universe in which characters, superheros and plots appear in crossover films. This strategy has helped Marvel make nearly $17 billion with 19 films at the worldwide box office, all of which opened at No. 1 in the US. That's more than "Star Wars." That's more than "Harry Potter." That's more than the GDP of Jamaica.

Marvel is closing out its first decade with its biggest box office year ever. "Black Panther" and "Avengers: Infinity War," have each made nearly $700 million in the United States. Their combined revenue has given a huge boost to the domestic box office and makes up nearly a quarter of the year's total, according to comScore.

Marvel has done all of this at a time when audiences have the option to stay home and watch movies on Netflix, Hulu and Amazon.

So how has Marvel kept this kind of momentum going? The studio relies on superheros, of course.

"What we've hopefully done is get people invested in these characters and their journeys the way the comics have done for decades," Marvel Studios President Kevin Feige told CNN this week. "We are making movies that we'd want to see, and we're comfortable taking risks because we believe in the power of these characters."

Shawn Robbins, chief analyst at BoxOffice.com, said you could "teach an entire class about Marvel's path to this point," but that its success ultimately "boils down to the studio giving the same care and development to obscure characters that they give to popular ones."

"Ten years ago, no one outside the most dedicated of comic book readers knew who Groot, Thanos, or Captain Marvel were. The latter hasn't even appeared in a movie yet and she's already on her way to becoming a household name," Robbins said.

Robbins said experts like Steven Spielberg have drawn parallels between Marvel and classic westerns, but that "to compare Marvel to anything else in the movie world is becoming more difficult with each passing year."

Next March, the studio will debut its first film with a female hero in the lead with "Captain Marvel," then it will wrap up the plotline to "Infinity War" with its fourth Avengers film in May.

After that, Marvel's universe could get much bigger.

If Disney's acquisition of 21st Century Fox goes through, then Marvel could reacquire valuable assets it sold off years ago: the cast of superheros from X-Men and Fantastic Four. This could give fans the chance to see Wolverine fight alongside Black Panther on the big screen, and give the brand a chance to build another decade of blockbusters.

"Now the foundation is laid, and we have nothing but possibilities in front of us," Feige said of Marvel's next 10 years. "I can't speculate on how it all turns out except to say that we have an incredible wealth of talent in the Marvel Cinematic Universe, and we'll keep making the best films we can possibly make."