‘A Mixture of Sad and Joyful’: The Old Bush Gang Gathers for a Final Send-Off 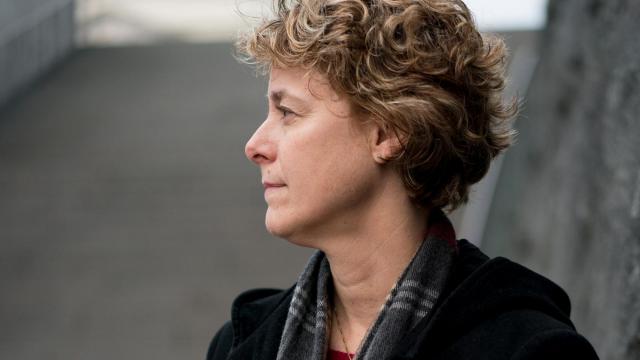 WASHINGTON — Jonathan Bush had just left a lunch and was about to head over to the Capitol to visit his brother’s coffin. By evening, he planned to stop by a reception for the extended Bush circle. Everywhere he went, he was reuniting with many of the old gang.

More than a quarter-century after the original Bush administration left Washington and nearly a decade after the departure of the second, the men and women who once ran the nation and, by extension, the world were back. On the eve of the state funeral for President George Bush, they caught up, shared stories and honored those no longer around.

“Everybody’s a mixture of sad and joyful because we’re celebrating a great life,” said Jonathan Bush, the younger brother of the 41st president and uncle of the 43rd. “It’s kind of fun to see old friends and old campaign associates. It’s a great reunion, that’s really what it is. Everybody’s happy, nobody’s weeping. They had such fun with him; it’s like having fun with him for the last time.”

Theirs was a different time and a different capital. George Bush was president as the Cold War ended and helped usher in a new world order with the United States the lone surviving superpower. While politics were fractious, a Republican president could still do business with a Democratic Congress. Cable television was in its infancy. Presidential statements were not measured in 140-character increments.

Today, the veterans of that administration have long since moved on to other ventures or retirement. Some have written books. Others have taught college classes. So the occasion of Bush’s death has become the occasion to bring the team back together in what may be its last such gathering.

Around town could be seen plenty of familiar faces: James Baker, the former secretary of state and longtime friend of the president who was in the room with him, rubbing his feet, when he died; Dick Cheney, who served as defense secretary in the first Bush administration and vice president in the second; Colin Powell, the chairman of the Joint Chiefs of Staff in the first and secretary of state in the second.

Waiting outside the Capitol on Monday when the former president’s coffin, draped with a flag, arrived were John Sununu, his White House chief of staff; Bob Barr, his attorney general; Elizabeth Dole, his secretary of labor. Bob Dole, 95, her husband and former Senate majority leader, went to the rotunda Tuesday and was helped out of a wheelchair to his feet so he could salute the man who defeated him for the Republican presidential nomination in 1988.

Former President George W. Bush, who will deliver a eulogy at the cathedral Wednesday, was hosting a small reception for members of his family Tuesday night at Blair House, the presidential guesthouse across from the White House. Another event for family members was being held at Decatur House on the edge of Lafayette Square. And other administration veterans were gathering at the headquarters of the U.S. Chamber of Commerce just down the street.

The reunions were made easier by the fact that Bush’s was an administration with fewer of the vicious tribal rivalries often seen in Washington, particularly in the current White House. While there were plenty of fights and some notoriously difficult personalities, most of the battles were civil and resolved in a way that did not leave the scar tissue that other administrations suffered.

“We had the normal tensions that most administrations have,” said Frederick McClure, a White House aide who went on to serve as executive director of the Bush library foundation. “The question always was whether these tensions were driven by personal ambitions of the individuals in the midst of that tension or was it the belief in what was best for the country.” With Bush’s team, he said, it was generally the latter.

At the chamber headquarters, hundreds of Bush veterans gathered for appetizers and wine as photographs of the former president and his tenure flashed on a large screen. “We’re amazed at the turnout on such short notice,” said James Cicconi, who was the White House staff secretary under Bush. “This is basically word-of-mouth. It’s like a giant Irish wake.”

Indeed, rather than mournful, the mood was festive, almost as if it were a holiday party. Many wore old campaign buttons from the Ronald Reagan and George Bush administrations. Everyone had a story of some act of grace by the former president — a note, a phone call, a present, a gesture.

Ron Kaufman, who was Bush’s White House political director, wore a “Reagan-Bush ‘84” jacket with “Vice Squad ’84 Victory Tour” emblazoned on the back in all capital letters. “Nobody here is sad or grieving,” he noted. “Why? Because they know the Bushes are together and if we’re sad, they’ll haunt us for the rest of our lives.”

But there was a sense of finality. Joseph Hagin, who worked for both Bush presidencies as well as Donald Trump’s White House, looked around the room with a smile and a whiff of nostalgia. “That’s the thing that’s really sad for me,” he said. “It’s really the last official time for all of us to get together.”