The on-going battle over budget took center stage in Wake County Tuesday afternoon when the board of education and board of county commissioners met to work on a compromise for school funding.

Burns and Portman were among five commissioners who voted in favor of the $1.26 billion county budget for 2017-18. All five were targeted in the primary by a political action committee that argues that the board has consistently underfunded the Wake County Public School System.

Jessica Holmes, chairwoman of the board of commissioners, did not have a primary challenger, but she heard that message loud and clear.

“I think the public made a statement when it came to the primary election, and the public was very clear in Wake County that our school system is very important," she said.

School funding makes up more than a third of county spending, with about half of the costs dedicated to paying off the bonds used to build new schools. The very growth that drives the need for new schools is the reason the Wake County Board of Education has leaned more heavily on the county. 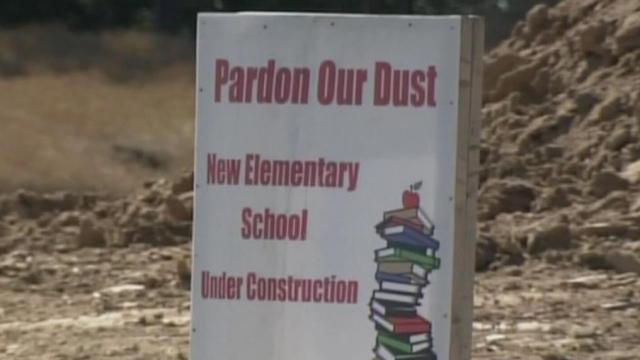 For 2018-19, the board of education is asking the county for an increase of $58.9 million. Monika Johnson-Hostler, Wake County school board chairwoman, said they need at least an increase of $48 million to keep up with growth.

If the county budget passes as proposed, with an additional $30 million for schools, Johnson-Hostler said, there will be cuts.

“Will there be drastic changes? There absolutely will be," she said. "Wake County schools has done a lot with a little bit."

She pointed to the rally in downtown Raleigh last week of an estimated 15,000 educators and their supporters seeking greater investment in public education.

“I think it is very different to hear it firsthand from teachers, counselors and principals, what this budget means to them,” she said.

Burns was prepared to hold the line.

"We have a really good document prepared by the county manager," he said.

"Let’s be clear, we have increased funding for three straight years. So, we will do so again this year. The question is how much will we increase that and how much of the increased burden of the legislators' decision are going to fall on local taxpayers,” he said.

County commissioners are expected to vote and adopt the budget June 4. Holmes and others said they can be swayed and are listening with open minds.

"We are still getting a lot of feedback from people ranging from 'raise my taxes' to 'please do not raise my taxes,'” she said.

Last year, the school board requested $45 million in additional funding from the county to keep up with enrollment growth, but the county budget included only $21 million of that. Then-County Manager Jim Hartmann recommended that the school district spend $21 million of its surplus funds to cover much of the rest.