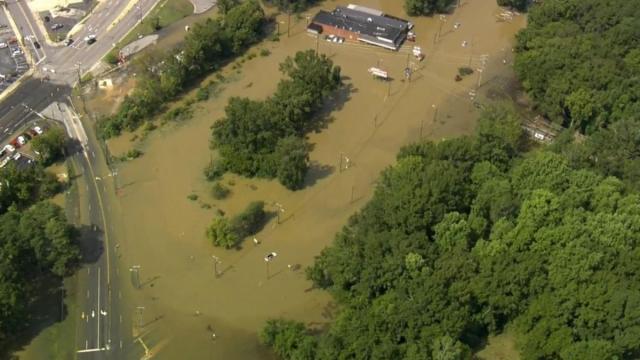 North Carolina is still feeling the devastating effects of the 2016 storm. Last year, Gov. Roy Cooper requested over $ 9 million in additional funding to rebuild the state after the storm's destruction.

"We know people are eagerly awaiting funding so they can rebuild their home and lives," Emergency Management Director Mike Sprayberry said in a press release. "We expect to share similar good news with dozens more homeowners in the next few weeks."

According to NC Emergency Management, an estimated $115 million of HMGP grants are expected to be awarded in early August to hurricane survivors in the state to protect their homes from future flooding.

North Carolina, along with ten other states, has Enhanced Hazard Mitigation Plan Status under FEMA, allowing the state to be eligible to receive additional federal funds. An NC Emergency Management spokesperson said FEMA granted them $25 million to help 210 homeowners in May after their status was renewed.

“More than 4,000 North Carolina homeowners and properties have benefited from this program over the past 20 years," Sprayberry said.

A portion of the initial $2.8 million grant will purchase seven flood-damaged homes in Tarboro, "leaving the property open to prevent future flooding at the site.” The rest of the funds will be used to elevate homes, preventing future flood damage from occurring. Seven homes in Tarboro, one in Halifax County and six in Robeson County are expected to be elevated.

NC Emergency Management staff said they received "more than 3,000 applications from homeowners for HMGP funding in the months after Matthew, 10 times the typical number as compared to similar disasters."

As similar restoration projects are expected to take place in the future, the state said it hopes to create more resilient communities to future natural disasters.