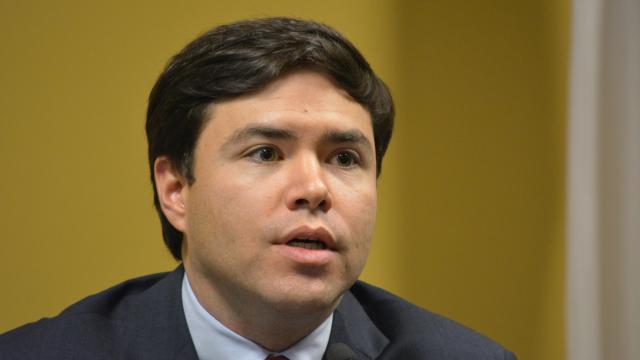 Raleigh, N.C. — Auditors from Ernst & Young will be at the North Carolina Department of Public Instruction next week to begin an in-depth review of the agency's operations, the state superintendent announced Wednesday.

"I have been advocating for a third-party evaluation of DPI’s operations since before I was elected," Superintendent of Public Instruction Mark Johnson said in a statement. "This project will look at how we are structured, what kind of work we do and our business processes to see what’s working well and what can be improved."

The audit, which will cost taxpayers $975,000, will be completed by April 1, according to the state Department of Public Instruction.

"If (the auditors) come in here and they say, 'It is our unbiased opinion that this department cannot handle any more cuts,' then that’s the answer," Johnson told State Board of Education members Wednesday.

But if cuts do need to be made, those decisions shouldn't happen until lawmakers are back in session, he said.

"We definitely don’t want to be voting on potential cuts to this department and approving those cuts if the General Assembly is not even in session yet," Johnson said. "When we actually want to go and lobby the General Assembly, saying, 'Don’t make these cuts,' we definitely don’t want to have a plan approved, saying, 'Well, here are all the cuts we’re going to make' and make that public if we’re then also saying, 'Please don’t make these cuts.'

"Strategically, I don’t think that would be wise," he added. "But especially for the people in this department. I would definitely not want at an April meeting or May meeting for us to have to make that decision and make that public for some very scary news for people who are working very hard here."

Last year, State Board of Education members repeatedly urged the superintendent to speak out against the budget cuts, but he refused, saying he preferred to speak with lawmakers privately. In November, Johnson said he uncovered problems with excessive spending within the agency, which he called "disturbing," and said he hoped the audit could root out any other waste.

"The General Assembly is frustrated with inefficiencies at DPI under the State Board’s leadership, and I understand that," Johnson said. "To avoid future cuts, we must work on building trust that we are spending our available dollars wisely – keeping our educators and students as the top priority."